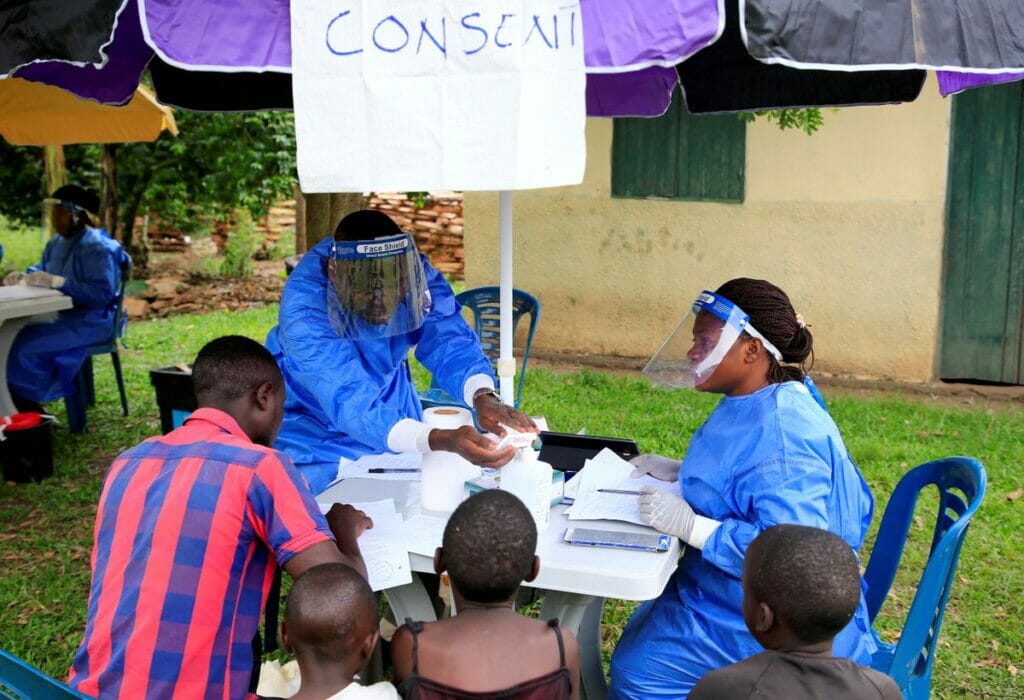 Officials confirmed one case triggering the latest outbreak earlier in the week. The first case was that of a 24-year-old man who died earlier this week.

The man who died had developed a high fever, diarrhoea and abdominal pains, and was vomiting blood.

According to officials after initially being treated for malaria, he was diagnosed as having contracted the Sudan strain of the Ebola virus.

The new cases were reported in the central district of Mubende where the 24-year-old man died on Tuesday.

“As of today, we have seven confirmed cases, of whom we have one confirmed death,” Dr Kyobe Henry Bbosa, Ebola Incident Commander at the Ugandan Ministry of Health, told a briefing.

“But also we have seven probable cases that died before the confirmation of the outbreak.”

The additional seven deaths are being investigated as suspected Ebola cases, Bbosa said.

This is the third outbreak of the Ebola Sudan strain in Uganda.


According to health officials, over 40 people who contacted a family that reported some of the cases have been traced. Eleven of them are under isolation.

Neighbouring countries to Uganda have said they were on high alert in case the disease spread across the borders.