Uganda on Thursday said it had detected six new cases of Ebola, raising the total number of confirmed cases to seven. A local daily reported on Wednesay that the death toll had risen to 12, citing authorities.

On Tuesday, the east African country confirmed an outbreak of the haemorrhagic fever in the central district of Mubende, about 150 km west of the capital Kampala.

“To give you the background the epidemic appears to have started around the beginning of September when people started dying in the small village in the Sub County called Madudu,” said Kyobe Henry Bbosa, the Incident Manager at Uganda’s Ministry of Health.

On Thursday, health officials said the country would draw on its previous experience to counter the latest outbreak.

They said Covid treatment facilities would be transformed into Ebola management centres.

“This current outbreak happens just at the end of the, we think of, the Covid pandemic which we think we successfully managed. And much of the infrastructure that we used for Covid we are quickly repurposing it for Ebola. But also of not, just as Patrick was speaking, we have significant capacity due to outposts within the country, for detection and also to be able to able to galvanise community support and response. So we think that using what we’ve done before we should be able to mount an appropriate response to this current outbreak,” said Kyobe.

Uganda has experienced previous outbreaks of the highly fatal disease. The last reported cases were in 2019 with at least five fatalities. 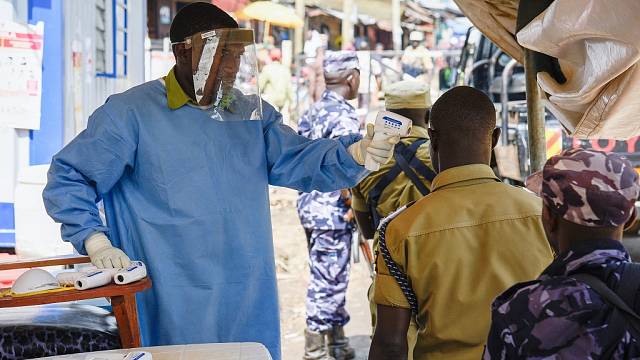 Like it? Share it!
Gates Foundation Announces $1.27 Billion in Health and Development Commitments to Advance Progress Toward the Global Goals < Previous
Global Fund raises $14.25 billion to fight Malaria, HIV and TB Next >
Recommended stories you may like: