You are here: Home » Malawi » Health » ‘Very tough’ months ahead in COVID battle, WHO helping scale up dwindling oxygen supplies 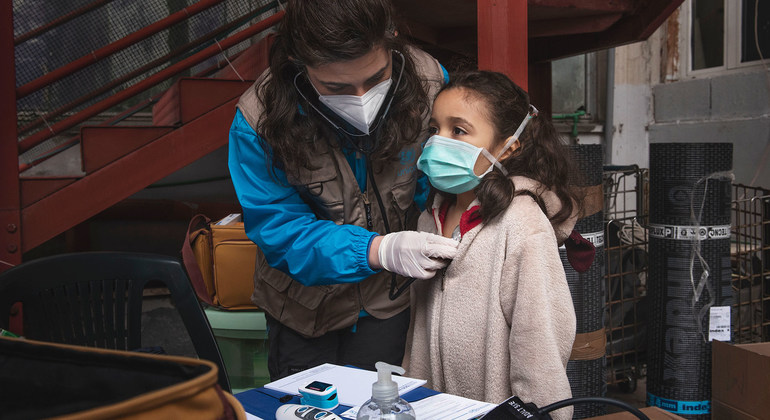 Tedros Adhanom Ghebreyesus said some countries were now on a “dangerous track” and the worrying rise was leading to hospitals and ICUs “running close or above capacity – and we’re still only in October.”

The WHO Director-General said countries needed to “conduct honest analysis and consider the good, the bad and the ugly.”

For those who have brought transmission under control, he said now was the time to “double down, to keep transmission at a low level, be vigilant, ready to identify cases and clusters, and take quick action.”

He said there were “incredible stories of hope and resilience, of people and businesses responding creatively to the outbreak, and we need to share these widely.”

Contact tracing is essential he added, and clear instructions on how to go about it, so more mandatory stay at home orders can be avoided.

Turning to the need to share all resources in the COVID fight equitably, Tedros noted that a heavy toll was being taken on the world’s supplies of clinical oxygen, so crucial for those patients who need to be intubated, and many countries simply do not have enough.

The “global oxygen gap” is particularly acute in some of the poorest nations, where some have only five to 20 per cent of what they need for patient care.

In June, around 88,000 large cylinders were needed each day worldwide, to cope with the caseload, but with daily infections rising to around 400,000, that need has now risen to 1.2 million cylinders, just in low and middle income countries alone.

Somalia, Chad and South Sudan, were totally reliant on cylinders from private vendors, that were expensive, and with a long distance to travel often, said Tedros.

But now, WHO is working with ministries of health in those countries to design oxygen plants which fit their local needs, “which will result in sustainable and self-sufficient oxygen supply”, he added.

“The oxygen project, reflects WHO’s commitment to end-to-end-solutions and innovation, to do what we do better, cheaper, and reach more people”, he said, giving the example of a scheme underway to harness solar power, to run oxygen concentrators in remote places that lack a reliable electricity supply.

“Oxygen saves lives of patients with COVID-19, but it will also save some of the 800,000 children under five, that die every year of pneumonia and improve the overall safety of surgery”.

A better world, means ensuring that oxygen is available to all, Tedros added.

The WHO chief also flagged the start on Saturday, of World Polio Day week, with partners around the world organising events and raising awareness of the need to eradicate polio, once and for all.

Over the summer, the wild polio virus was banished from Africa, thanks to the efforts of hundreds of thousands of health workers reaching millions of children with vaccines, marking “one of the greatest public health achievements of all time.”

But the risk of resurgence always remains, which cases continue, and following an initial suspension of polio and other routine immunizations due to the pandemic, vaccinations drives have now resumed, said Tedros.

Like it? Share it!
UN salutes new Libya ceasefire agreement that points to ‘a better, safer, and more peaceful future’ < Previous
UN urges people to #PledgetoPause before sharing information online Next >
Recommended stories you may like: