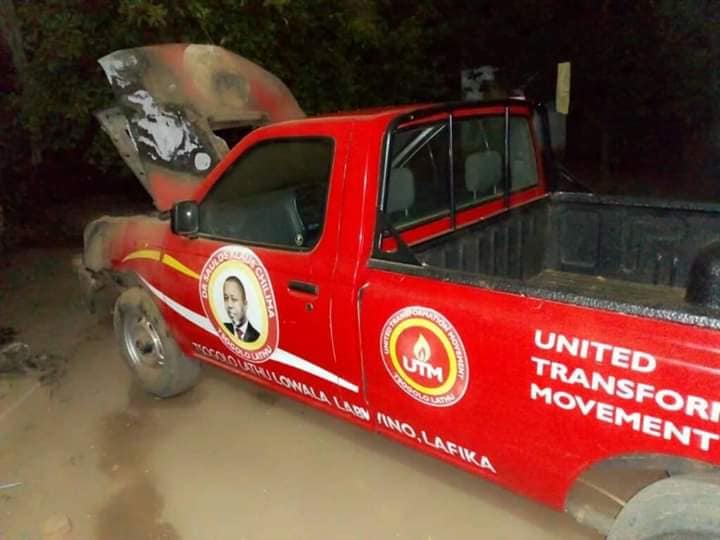 This past week I had the misfortune of watching the two most politically disgusting video clips that I have ever had the misfortune of watching. One was of a public address van bearing DPP and UDF flags ostensibly conducting a civic education exercise promoting voter registration at a market somewhere in Thyolo. The message coming from this van, however, was the most inflammatory tribal vitriol ever uttered in the name of political campaigning.

The second was a video of a group of DPP cadets gathered together to make a video telling the nation that they will not allow who is not a Lomwe to go and campaign in their areas, and that they will subject any such non-Lomwe campaigners to violence.

The DPP obviously has decided that one of its strategies for ensuring that their presidential candidate wins the forthcoming fresh election will be to invoke tribalism fear among the people. People should vote for DPP simply because they belong to a certain tribe. Obviously trying to appeal to their sense of political logic, of assessing development prospects and leadership potential will not work. So just make them afraid and you are home dry.

There is a longstanding history of employing the fear of “the others,” turning humans into illogical ruthless weapons, in service to an ideology. Fear is a very strong tool that can blur humans’ logic and change their behavior.

Fear is arguably as old as life. It is deeply ingrained in the living organisms that have survived extinction through billions of years of evolution. Its roots are deep in our core psychological and biological being, and it is one of our most intimate feelings. Danger and war are as old as human history, and so are politics and religion.

At a tribal level, people are more emotional and consequently less logical: Fans of both teams pray for their team to win, hoping God will take sides in a game. On the other hand, we regress to tribalism when afraid. This is an evolutionary advantage that would lead to the group cohesion and help us fight the other tribes to survive.

Tribalism is the biological loophole that many politicians have banked on for a long time: tapping into our fears and tribal instincts.

At this early stage of this new politics of hate and fear adopted by the DPP, therefore, it is important to call upon the Police to apply the law firmly on any political leader promoting hate speech based on tribal and ethnic diversity. Not that I believe that the police in Malawi will actually do anything about it. The Police in Malawi seem to be ready to agree, endorse and enforce anything that the DPP as a political party comes up with when it comes to their political strategy regardless of whether or not it follows the law.

Regardless of whether my calls will be heeded or not, however, I have to express my concern over the growing tendency by political parties, especially in recent times the blatant DPP efforts, to mobilize support from citizens on the basis of tribe and ethnicity.

I am particularly dismayed and disturbed by the latest tribal sentiments uttered by officials from the ruling DPP in Mulanje and Thyolo recently, and captured very clearly on video for the social media. It is even more disturbing that these DPP cadets and supporters have not been censured or disciplined by their party hierarchy as a way of curbing the spread of hate speech and tribal sentiments. It is clear that politicians deliberately choose to ignore constitutional provisions and opt to use tribal remarks in political mobilization knowing too well that no punitive measures would be taken against them for engaging in tribal schemes to win votes. When building tribal boundaries between “us” and “them,” politicians manage very well to create virtual groups of people that do not communicate and hate without even knowing each other. It is a very powerfully dangerous political weapon.

I wish to urge the police to search the deep recesses of its conscious and find the resolve to apply the law firmly on any political leader promoting hate speech based on tribal and ethnic diversity.

The people of Thyolo and Mulanje have always coexisted, intermarried and conducted politics and business together as Malawians long before the DPP and its Mulhakho wa Alhomwe came on the scene. There was no acrimony based on ethnicity. There is no need to create one now just because of the desperation that has descended after realizing that Lomwe power is fast slipping away. Malawians across tribal divisions have always lived and demonstrated the true spirit of being Malawian based on mutual respect for their diversity. We should not let our respect for diversity be compromised simply because of political desperation.

Politicking on tribal lines has the potential to ignite civil strife and tribal wars among citizens given the multiplicity and diversity of our ethnic heritage. The new politics of tribal hatred being perpetuated blatantly and remorselessly by DPP cadets as a way of mobilizing support from citizens on the basis of tribe and ethnicity does not only go against Malawi’s social, cultural and ethnic heritage but is also against constitutional values and principles that seek to promote and uphold national unity in diversity. Such politicking has no place in modern Malawian democracy.

I can only hope and pray that Malawians will not feel compelled to affiliate or support any political formation on the basis of tribe or ethnicity. Every Malawian citizen has a right to support a political party of their personal choice and liking.

In order for us to build a better Malawi, we must refrain from buying into tribal politics like the ones being promoted shamelessly by DPP and its cadets.  Tribalism does not and will never improve the well-being of millions of Malawians living in poverty. As a people, we must do everything within our lawful power to preserve our unity in diversity while defending the constitution of Malawi that recognizes and embraces Malawian diversity.

This new politics of hate from the DPP is a dangerous development. Not only must it be condemned strongly, but the Peter Mutharika’s silence on the matter should be a strong signal of his indifference to our very sense of being Malawian.

Share
Facebook
Twitter
Pinterest
WhatsApp
Previous article
“Wait on Wednesday, its either Chakwera or me to lead alliance for presidential polls”-Chilima
Next article
Pastor TB Joshua Reveals How He Gets Money for His Ministry

Z. Allan Ntatahttp://doctorzax.blogspot.com/
Z Allan Ntata is a Barrister of Middle Temple, Anti-Corruption & Governance specialist and author of Trappings of Power: Political Leadership in Africa. Currently an Independent consultant in Governance and Anti-corruption, Ntata has a diverse background from lecturing in law to acting as legal counsel to the president of Malawi.
RELATED ARTICLES
Agriculture