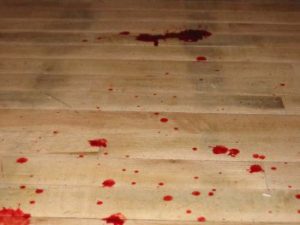 MULANJE-(MaraviPost)- An 86-year old bald-headed man was this week found dead with his head cut off in suspected for ritual activities that have recently emerged.
The deceased identified, as Harrison Makwete from Makuluni village, Traditional Authority (TA) Njema in Mulanje, was killed and his body dumped in a pit latrine.
Makwete’s death is being linked to attacks on bald-people for rituals, which are happening in neighboring Mozambique.
The ritual killing of bald-headed people, comes at a time when the Government is battling to contain ritual killings of people with albinism.
The Malawi Police arrested 23-year old Thyolani Pholiwa and two others, who are believed to be relations of the of the deceased, to be connected with the gruesome murder.
National Police Spokesperson James Kadadzera, disclosed that the law enforcers will intensify its search, until it apprehends all the people connected with the syndicate, before it gets out of hand.
Kadadzera added that uniformed police men will arrest anybody suspected to be part of the ordeal; he decisively said such practice is evil.
The police publicist therefore urged bald-people to be on the lookout and tip the police on any person posing a threat on their lives.
“The deceased head has not yet been found, which we think has been taken for the said rituals. People should be on the lookout for these ritual killings, which started in Mozambique and it looks like they are now here in Malawi.
“Therefore, our main strategy is to sensitize our communities and engage in civic education for those that are prone to engage in such businesses. Some people just want to steal from them,” urges Kadadzela.
The killing of bald people was first reported in Mozambique as some witchdoctors are said to have been demanding the human skull of a bald-headed person to break chains of poverty for their clients.
The Maravi Post has over one billion views since its inception in December of 2009. Viewed in over 100 countries Follow US: Twitter @maravipost Facebook Page : maravipost Instagram: maravipost

Like it? Share it!
Prophet Bushiri announces K1 billion to charity, targeting Malawi and South Africa < Previous
Malawi Govt to recapitalize PVHO; asked MABCATA to improve its capacity Next >
Recommended stories you may like: