You are here: Home » Lifestyle » Chad extends transition for elections and agrees for Deby to stay on Officials in Chad have extended the transition period towards democratic elections and say they will keep Mahamat Idriss Deby Itno on as head of state in the interim.

Delegates also agreed for the military leader to be eligible to run for the presidency when elections are held.

The decisions were made by a national reconciliation dialogue forum.

In announcing the move Ahmat Barchire, Rapporteur of the National Sovereign Inclusive Dialogue (DNIS) said: “On the transition, the commission noted that there was a broad consensus to set it at a maximum of 24 months.”

“The second point concerns ineligibility or eligibility. A consensus was reached that any Chadian who fulfils the conditions set by the law should be eligible to vote and be elected.”

The national reconciliation dialogue forum has been boycotted by most opposition members, two out of three key armed rebel groups and civil society organisations.

“Neither the European Union nor the United States would accept Deby’s eligibility to run or the extended transition period,” he added.

“These partners will take sanctions against Chad and the Transitional Military Council’s back will be up against a wall.”

Chad, one of the world’s poorest countries, has endured repeated uprisings and unrest since gaining independence from France in 1960. 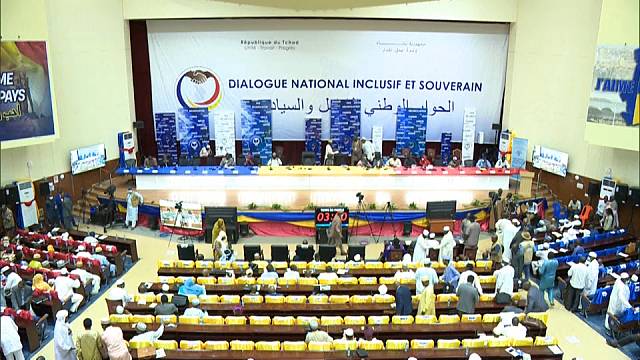 Like it? Share it!
Burkina Faso: self-proclaimed leader of new ruling junta marches through capital < Previous
Does Chakwera say NO to invitations? From UNGA to United Arab Emirates Next >
Recommended stories you may like: