Cameroon won Wednesday its very first medal in the XXII Commonwealth Games. Weightlifter Junior Periclex Ngadja Nyabeyeu was in tears after claiming Cameroon’s first gold medal of these games in the men’s 109-kilogram division with a tally of 361 kilos (796 lbs).

“It’s big, very big for me, for my family. I was crying because it was too much for me, too much to take in,” the 29-year-old said. Samoa’s Jack Hitila Opeloge and India’s Singh Lovepree complete the podium.

41 African athletes had already secured medals on day 6 of the games. Over 70 nations take part in the Commonwealth games that will end on August 8. 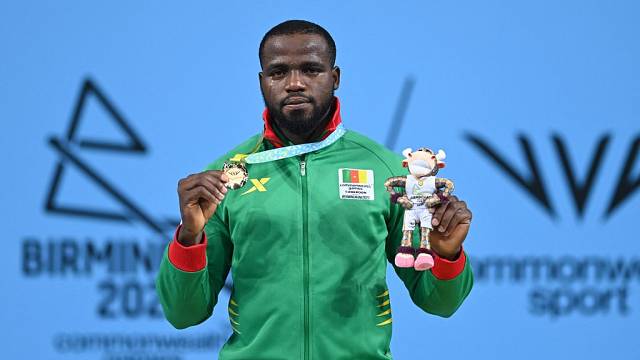 Like it? Share it!
Ghana: Decomposing bodies of lovers who migrated from Netherlands retrieved < Previous
Malawi Queens in do or die against Uganda: Thrash Trinidad-Tobago Next >