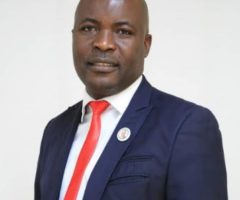 This follows a meeting attended by aspirant Phale,his father,Salima MCP District Chair Mr Chimphoyo, Samson Kennedy and others where it was initially agreed that they should just bring people disguised as Party Area committee members at Kanjuwi Primary School where they will demand that there should be no primary elections.

But rather the District and Regional Chairmen should recommend a candidate rather than the incumbent Dr Jessie Kabwila as the party’s candidate in next year’s Parliamentary elections.

This was an apparent indirect endorsement for Enock Phale who however is not popular with the legitimate Party areas and cannot therefore win a genuine election.

Sensing that this scheme would not work,the group  changed plans and decided to still use the same people to turn up for a staged primary elections on Monday, December 17, 2018 where Phale will be made the winner.

It is not known how this plan will be taken up by the Party hierarchy as the legitimate Area Committee members have vowed to come on the day and die  for the party they have served for years on end to ensure nobody steals their right.