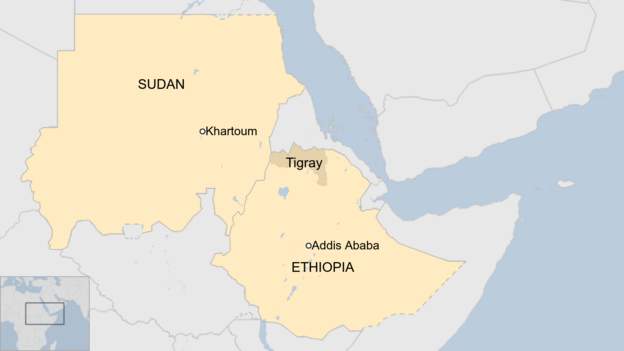 
Ethiopian Prime Minister Abiy Ahmed has rejected a request for peace talks over the worsening conflict situation in Tigray.

But in a tweet Prime Minister Abiy Ahmed who was awarded the Nobel Peace Prize in 2019, said there would be no dialogue until efforts to ascertain the rule of law are achieved.

“Our law enforcement operations in Tigray are proceeding as planned: operations will cease as soon as the criminal junta is disarmed, legitimate administration in the region restored, and fugitives apprehended & brought to justice – all of them rapidly coming within reach,” the PM said.

Hundreds of people have died since the conflict in Ethiopia’s northern region begun.

The chairman of the African Union Commission, Moussa Faki Mahamat has urged the federal government and the Tigray state authorities to engage in dialogue.

Aid agencies have warned that up to 200,000 people could flee the conflict into Sudan.

At least 6,000 have so far done that, according to local media report.

Ethiopia and Eritrea have both denied that Eritrea forces are fighting alongside the Ethiopians against the Tigrayans.