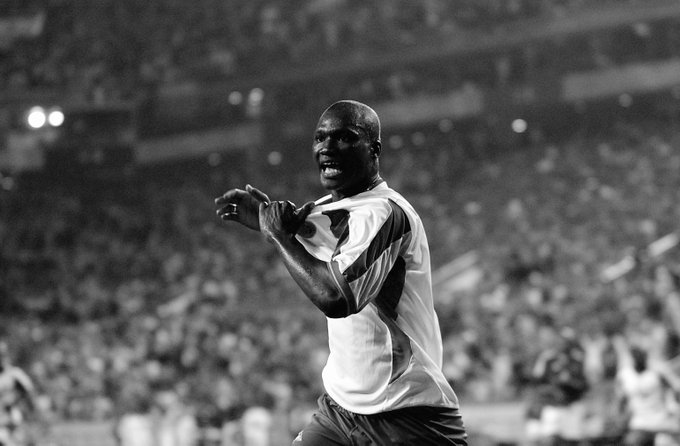 Diop made 129 appearances in the Premier League and also had spells in England with West Ham United and Birmingham City.

He played for Senegal at the 2002 World Cup, scoring the winner in the tournament’s opening game as his country beat France 1-0.

Senegal reached the quarter-finals of the 2002 World Cup, with Diop going on to score twice more in the 3-3 group-stage draw with Uruguay.

He also featured at four Africa Cup of Nations tournaments, including when Senegal were runners-up in 2002. He retired in 2013.

Diop helped Portsmouth, who were managed by Harry Redknapp at the time, win the FA Cup in 2008.

“He was such a wonderful character,” Redknapp told BBC Radio 5 Live. “He was fantastic for me, a great character, always happy and always had a smile on his face. He was a giant of a man.


“He had no aggression in him. He looked aggressive on the pitch because he was so big, but there was nothing nasty about him.

“My thoughts are with all his family.”

Macky Sall, the president of Senegal, called Diop’s death “a great loss for Senegal” while Liverpool’s Senegal midfielder Sadio Mane wrote on his Instagram: “Pape Bouba, it was with a broken heart that we learned of your (death). Know that you will forever remain in our hearts even if you left without saying goodbye to us.”

Like it? Share it!
Senegal World Cup Hero Papa Bouba Diop dies at 42 < Previous
Reasons why online slots have become a cool hobby in 2020 Next >
Recommended stories you may like: