Alongside the deaths, during the opposition rally protesting military rule on 28 September, women and girls were raped, after security forces blocked off exits to the stadium in Conakry, before opening fire. Some protesters were shot dead, or brutally attacked with knives, while others were trampled to death.

#ICC Prosecutor #KarimAAKhanKC addresses survivor groups & others at courtroom in Conakry, #Guinea ahead of opening of trial addressing alleged crimes committed in September 2009. “On this important day, I applaud the people of Guinea, the survivors & those who lost loved ones.” pic.twitter.com/VNDXIKAFet

UN Secretary-General António Guterres said he took note of the start of the trials, saying the families of the dead and those who witnessed the events that day, “have waited for justice for so many years.”

In a statement issued by his Spokesperson, Mr. Guterres reaffirmed the commitment of the UN to support efforts aimed at upholding justice and accountability.

“He calls on the authorities to ensure that the trials are conducted in accordance with due process of law, so that perpetrators are held accountable, and victims receive reparations.”

Guinea’s former military ruler, Moussa Dadis Camara, is in the dock, along with ten other officials, all charged with having responsibility over the soldiers who allegedly carried out the massacre and other crimes on the day.

“The Secretary-General calls on the authorities to further ensure that human rights are respected throughout the country’s political transition process”, said the statement. “He reiterates the solidarity and support of the United Nations to regional efforts to accompany a return to constitutional order in Guinea.”

The acting UN human rights chief, Nada Al-Nashif, also welcomed the start of proceedings, noting that many of the 156 who disappeared or were killed during what had been a peaceful rally, had been tortured to death, with their corpses buried in mass graves.

The head of OHCHR added that at least 109 girls and women had suffered sexual violence, “including sexual mutilation and sexual slavery.”

The UN Commission of Inquiry in 2009, concluded that there was a “strong presumption that crimes against humanity were committed” and that “there are reasonable grounds to suspect individual criminal responsibility”. 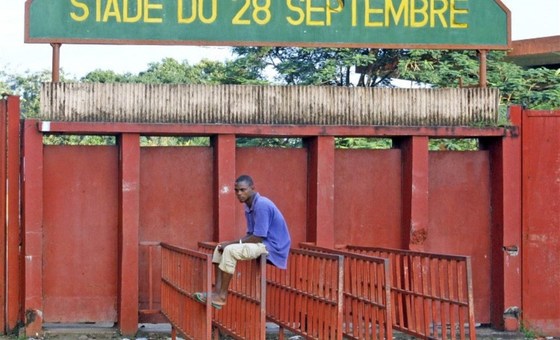 Hundreds of people were killed and injured, and hundreds of women raped at the 28 September Stadium in 2009, in Conakry, Guinea. Photo: IRIN, by IRIN

“Victims and relatives have been waiting for 13 years for truth, justice and reparations. Today’s opening of this long-awaited judicial process is a crucial step for Guinea in its fight against impunity,” Ms. Al-Nashif said.

In the aftermath of the events, the UN Commission of Inquiry with the support of the UN Human Rights Office was mandated to establish the facts and circumstances of the event, and to identify those responsible and make recommendations.

“Since 2009, we have been advocating for fair and independent trials. We call on all the authorities involved to ensure that this important trial is conducted in a victim-sensitive manner, and in accordance with international standards and due process,” the acting High Commissioner added.

“Accountability is essential for wounds to heal and for reconciliation,” she stressed.

‘Only the beginning’: ICC Prosecutor

The Prosecutor of the International Criminal Court (ICC), Karim Khan, addressed survivor groups and others in the courtroom on Monday in Conakry, before proceedings began, and said “on this important day, I applaud the people of Guinea, the survivors, and those who lost loved ones.”

The start of the trial, “is only the beginning”, he added. “My office will be watching closely. Presumption of innocence is critical for justice. This trial rests not only on the shoulders of the judges and parties. It is the collective responsibility of the people of Guinea.” 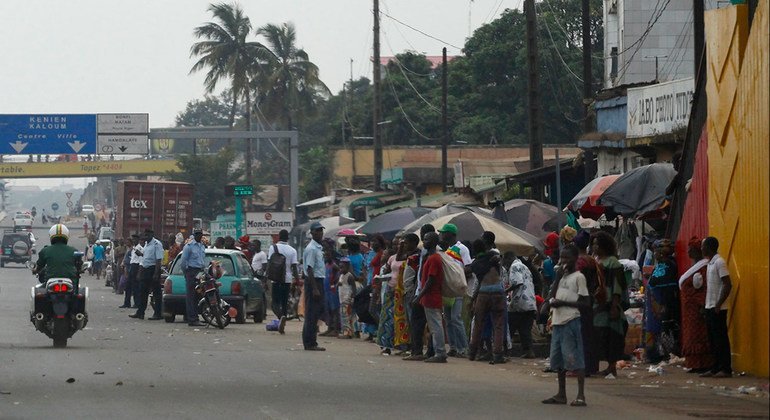 Like it? Share it!
UN Special Adviser welcomes start of trial against top Rwanda genocide suspect < Previous
FAO: Peace is the sustainable solution to food insecurity Next >
Recommended stories you may like: