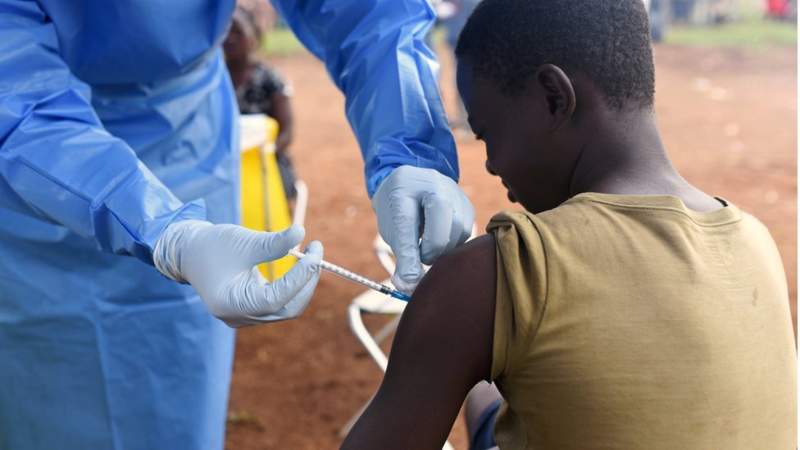 
Ivory Coast has begun an Ebola vaccination programme following the confirmation of its first case since 1994.

The country’s health ministry said the family of the infected teenager and health workers involved were the first to be given the jab.

Health official Serge Ehole said that they planned to have vaccinated by Wednesday “all the 2,000 people that we consider exposed from the community, and also people from the health system and security”.

The infected teenager tested positive on Saturday after arriving in the commercial hub, Abidjan, on a bus from neighboring Guinea.

The WHO says further investigation is needed to identify the strain in Ivory Coast and determine if there is a connection between the two outbreaks.

“It is of immense concern that this outbreak has been declared in Abidjan, a metropolis of more than four million people,” said Matshidiso Moeti, the WHO’s regional director for Africa.

Ivory Coast was one of six countries the WHO had supported recently to beef up Ebola readiness. “This quick diagnosis shows preparedness is paying off,” said Dr Moeti.

About 5,000 Ebola vaccines doses sent to fight the outbreak in Guinea are now being transferred to Ivory Coast.


Between 2013 and 2016 more than 11,000 people died in the Ebola epidemic that affected Guinea, Liberia and Sierra Leone.