Lilongwe Water Board CEO Itaye arrested over fraud at MACRA 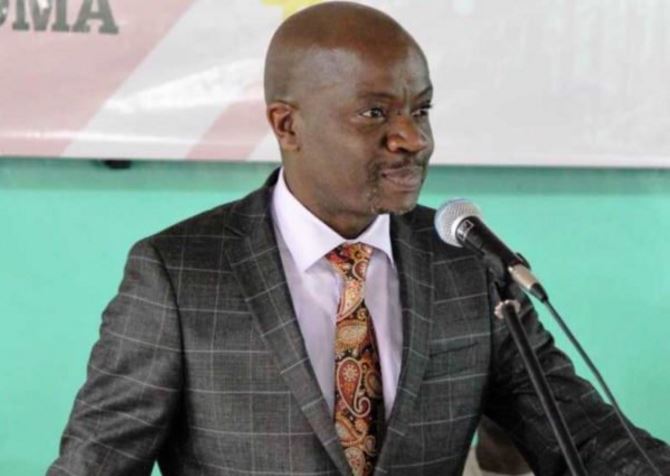 BLANTYRE-(MaraviPost)—Former director general of Malawi Communications Regulatory Authority (Macra) Godfrey Itaye, who is the current Chief Executive Officer of Lilongwe Water Board, is in police custody following his arrest by Malawi Police Services, Fiscal and Fraud Section on Tuesday.

Reports indicate that Itaye handed himself over to Blantyre Police after being summoned by the Fiscal Police over fraud activities suspected to have occurred during the previous regime.

When he was at Macra, Itaye was allegedly the architect of corruption including awarding dubious contracts to his own relatives.

He is also alleged to have pocketed $150 thousands bribe from Agilis International, a firm contracted to upgrade the controversial ‘spy’ machine.

DPP used different parastatal organizations as their source of funds for campaign activities.

Electricity Supply Corporation of Malawi (ESCOM), Malawi Broadcasting Corporation (MBC), Admarc, Malawi Energy Regulatory Authority (MERA) are some of the institutions  from which DPP got its funds and other resources for the party activities.

Maneno Chimulalahttps://www.maravipost.com
I am a journalist, educator, and activist with passion for telling stories about social justice, sports and political issues. I graduated from Mzuzu University. I started my career at the Maravi Post online publication in 2012 as an intern while in college. Upon graduating from Mzuzu University I was offered a job as Sports Reporter because of my background as a goalkeeper and rose to the position of sub editor. I also had a short stint with Nyasatimes, Malawi Punch and Malawi Digest. Over the past seven years, I have worked intimately with rural organizations and communities in Malawi on human rights, girl child education and grassroots development projects. With an academic background in education, I also volunteer as male champion for girls’ education under Girls Empowerment Networks (GENET) in Malawi’s South West Education Division (SWED).
RELATED ARTICLES
Health