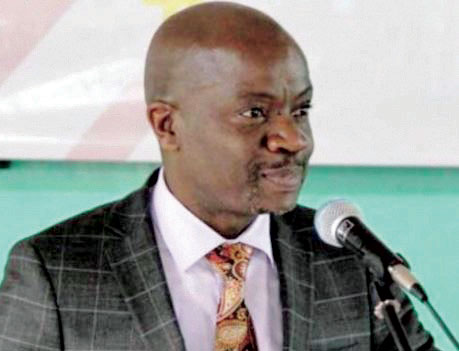 MZUZU-(MaraviPost)-The Anti-Corruption Bureau (ACB) has arrested the former Director General of the Malawi Communications Regulatory Authority (MACRA), Godfrey Itaye, for allegedly abusing his office as a public officer during the time he was at the helm of the institution.

According to a warrant of arrest the Bureau obtained through the Blantyre Chief Resident Magistrate, Itaye abused his office on January 29, 2018 when he employed Daniel Datchi as a Revenue Assurance Manager at MACRA, when the latter had no necessary qualifications for the job at that time.

This is not the first time Itaye is arrested on accounts of abuse of office as he was also arrested in September 2020 for allegedly buying party materials for the former ruling Democratic Progressive Party (DPP) using public money.

He was later charged along his accomplices, Macra Director of Finance, Ben Chitsonga and procurement specialist at Macra, Joseph Ngalawa, of authorizing MK8.5 million of public money to Mapeto David Whitehead and Son Limited for the purchase of DPP’s memorabilia.

Richard Kayendahttps://www.maravipost.com
I hold a bachelor's degree in languages obtained from Mzuzu University. Since 2016, I have been working for Maravi Post as a reporter of local news; particularly from the Northern Region of Malawi. My main news areas are politics, business, sports and many more. Besides reporting, I also write news analyses on current affairs just to share informed opinions on news that matter in Malawi. By now I have a five year practical experience in online news reporting and I look forward to growing more professionally while raising the bar of Maravi Post; in order to make it a household name, as we keep our readership informed, edutained and updated on a daily basis.
RELATED ARTICLES
Law and order