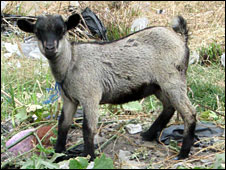 Foot and mouth disease has hit livestock in Ntcheu and Dedza raising fears of economic loss to farmers, prompting the government to institute strict measures to control the disease.

Principal secretary in the Ministry of Agriculture Grey Nyandule Phiri says the government has now ordered restriction of movements of livestock in the two districts and suspended the slaughter of the animals.

The hardest hit areas include Linthipe and Bembeke but Nyandule Phiri said there was no cause for panic and worry, saying the situation was under control.

If not controlled, the disease can kill animals
enmasse.