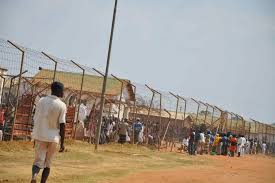 The development follows disparities in salary scales adjusted for civil servants in the 2017/2018 national budget that Parliament passed last month.

In a circular dated July 4, 2017, Secretary for Human Resource Management and Development, Blessings Chilabade disclosed that civil servants who have just been employed on Grade L, will get an annual salary of MK1,168,848; those on Grade M will get MK1,013,976. These changes are effective July 1, 2017.

The entails that the MPS, which is one of the three departments in the Ministry of Home Affairs and Internal Security, in this year’s salary increment is different from the Police and Immigration sections, despite undertaking training and possessing qualifications that are similar for its officers.

The most contentious issue, however, is the discrepancy that a constable at the MPS is on Grade M, while an officer of the same rank in the Malawi Police Service is on Grade L. This means that the current adjustment those that have been promoted to grade L will be cart home MK95,000 from MK75,000.

Therefore, prison warders demand adjustment of grades, risk, and house allowances; without which, they vow not to resume their works.

The Maravi Post on Friday visited the Lilongwe High and Magistrate Court, High Court, and saw suspects who were in police custody and those on bail appeared in Court. A visit to Maula Prison, in the afternoon, this reporter witnessed chanting and dancing of the prison wardens outside the main gate songs demanding pay harmonization.

It was also established that prison inmates who are on remanded and were supposed to go to court, were not taken there.

“According to experience, when adjustments such as these are being made in the ministry, they cut across all departments. We used to receive risk allowances in the past, but these were scraped off during (former President) Bakili Muluzi’s era. We are at risk of contracting diseases such as tuberculosis, and the allowance was meant to compensate for that. Again, our counterparts in Immigration and Police receive house allowances, but we do not, which is unfair,” elaborated one of the warders at Maula Prison in the capital Lilongwe.

MPS spokesperson, Smart Maliro, acknowledged the strike, but ruled out fears of compromise in prison security.

Maliro disclosed that he had not seen any communication from the parent ministry on the purported promotions in the civil service.

“It is not a strike perse, but the officers are just complaining against conditions of service. Apparently, they have not formally written officials on their grievances. But, all the same, we are addressing the issue at Prison Headquarters, and we are doing all we can to avoid a case where the issue gets out of hand,” said Maliro.

Chiumia therefore assured the public that the ministry will address the matter before it gets out of hand.