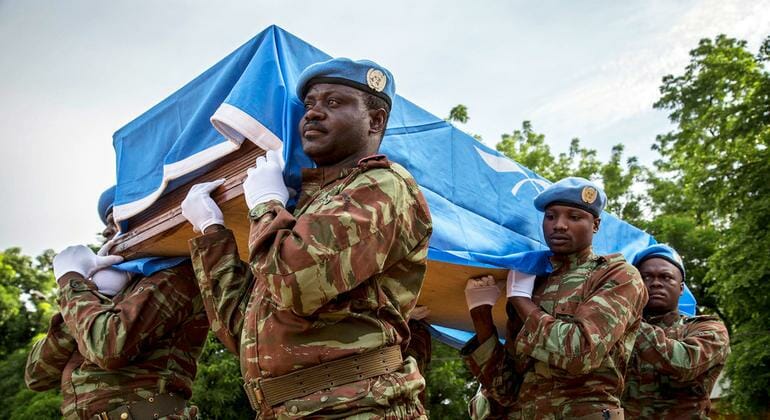 The Guinean peacekeeper was killed by an improvised explosive device, which detonated during a UN Stabilization Mission in Mali (MINUSMA) mine detection operation.

“The Secretary-General conveys his heartfelt condolences to the family of the victim and his brothers in arms, as well as to the people and authorities of Guinea,” Deputy Spokesperson Farhan Haq said in a message on behalf of the UN chief.

“The Secretary-General reaffirms the solidarity of the United Nations with the people and authorities of Mali in their pursuit of peace and security,” the message concluded.

Not the first IED attack

At the same time, the UN Special Representative for Mali and MINUSMA head, El-Ghassim Wane, also firmly denounced the attack and extended his deepest condolences to the Government of the deceased peacekeeper and his family.

Since the beginning of the year, several attacks involving IEDs have been recorded against MINUSMA uniformed personnel, which have killed a number of peacekeepers and injured others.

“This latest incident illustrates, once again, the complexity of the environment in which the Mission operates and of the security challenges it faces on a daily basis,” said Mr. El-Ghassim Wane.

“I salute the commitment of our Explosive Ordnance Disposal teams who put their lives at risk to preserve those of their colleagues and the civilian population,” he added. “Their role is crucial to the conduct of our operations”.

The Special Representative reaffirmed the Mission’s commitment to continue to implement its mandate in the pursuit of peace and security in Mali.