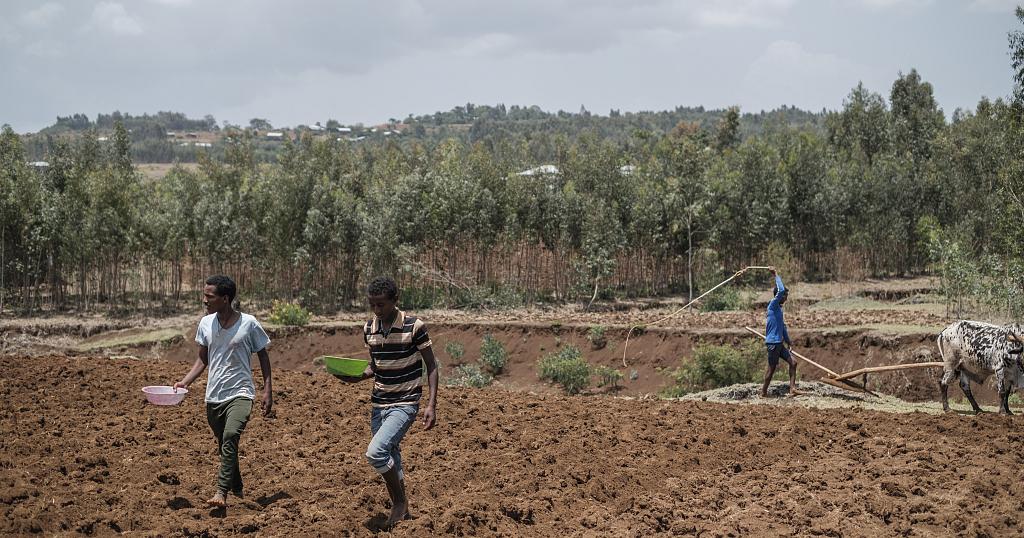 As he set off to vote in Ethiopia’s national election, Tesfahun Sisay chose his outfit with purpose, pulling on a T-shirt emblazoned with a man’s face and a Kalashnikov rifle.

That man was Asaminew Tsige: revered by many in Amhara, Asaminew commanded the region’s muscular security forces until two years ago, when he was accused of spearheading a local coup and shot dead by police.

“I like this man,” said Tesfahun, gesturing to his T-shirt after voting in the June 21 election at a rural polling station outside Bahir Dar, the capital of Amhara.

“I knew he was doing a good job. I felt this when I bought it, and I decided to wear it today.”

Asaminew is an icon of Amhara nationalism — a movement that is fast gaining traction amid a spate of grisly massacres and as war in the neighbouring Tigray region inflames ethnic sentiment.

His image with a superimposed Kalashnikov — the standard-issue weapon slung over the shoulders of many in the region — symbolises the willingness of ethnic Amharas to defend their homeland and identity at whatever cost.

The people of Amhara, Ethiopia’s second largest region by population, have been caught up in cycles of ethnically motivated massacres in recent years.

As recently as April, around 100 people were slaughtered in Ataye, a town in Amhara surrounded by ethnic Oromo settlements.

Such violence both within and beyond Amhara has spurred fears of widespread ethnic-based persecution, and warnings from Amhara political leaders of a genocide against their group.

“I feel for my people, for the harassment they face. I feel their grievances. That worries me. I do not have peace of mind,” said Asnakew Melkie, a 46-year-old farmer wrapped in a heavy blanket in the hillside village of Yohannes.

Ethiopia is divided into regions along ethnic and linguistic lines, and Amhara is one of the proudest and most powerful states in the diverse Horn of Africa nation of 110 million people.

The Amharas consider themselves the architects of modern Ethiopia.

Tewodros II, one of Ethiopia’s great emperors, and an ethnic Amhara, unified a swathe of provinces into a single centralised state in the 1800s, and his people dominated politics well into the 20th century.

His legacy is still rooted in the region today, where ethnic Amharas are the vast majority, but also across Ethiopia, where Amharic is the national language and sovereignty is fiercely defended.

“Ethiopia is our region. What is now deemed the Amhara region, we don’t accept that,” said Belete Molla, chairman of the National Movement for Amhara (NAMA), the region’s main opposition party.

He said the party — formed in 2018 — did not seek secession or disunity, but was born in response to strident nationalist movements taking shape in other regions, such as neighbouring Oromia, the country’s largest.

“The Amhara people were the last to join political parties based on ethnic characteristics, to define themselves as Amhara,” Belete said.

But Amhara politicians like Belete are not without an ethnic agenda.

Besides warning darkly of an “Amhara genocide”, they are determined to reintegrate long-contested parts of western and southern Tigray into Amhara.

The Amharas say these fertile lands — known as Wolkait and Raya — were snatched three decades ago by Ethiopia’s once Tigray-dominated government, and see redrawing these boundaries as righting a historic wrong.

They got their chance in November, siding with federal troops as they chased Tigrayan forces into the mountains, and occupying western and southern parts of the region.

Since then, ethnic Amharas have been relocating to abandoned farms and homesteads in a state-backed campaign the United States has said involves acts of ethnic cleansing.

The contest over these areas has been a central flashpoint in the eight-month-old war, with Tigrayan rebels shifting their focus to retaking these lands in a fresh offensive launched in July.

Thousands of Amhara fighters, both irregular militias and the regular regional forces, have massed along the border between the two regions, preparing to defend their homeland.

The Tigray conflict has spurred Amhara nationalism across the region’s political spectrum, bringing to the fore an agenda that was confined to the margins just a few short years ago.

The region is ruled by Prime Minister Abiy Ahmed’s Prosperity Party (PP), and its president has been an outspoken voice for ethnic Amhara sentiment.

Analysts say the PP had little choice but to adopt the Amhara cause championed by its opponents in the crucial region.

“People do not always interpret NAMA as the group best able to represent the legitimate interests of the Amharas,” said Ethiopia-based researcher Mehdi Labzae.

Abiy’s party thumped NAMA in the federal and regional election in Amhara on June 21, contributing to a landslide majority in the national parliament that is set to give the prime minister a new five-year term.

“It will be interesting to see in future how close NAMA drifts to PP in Amhara, given they are saying the same thing,” Labzae said. 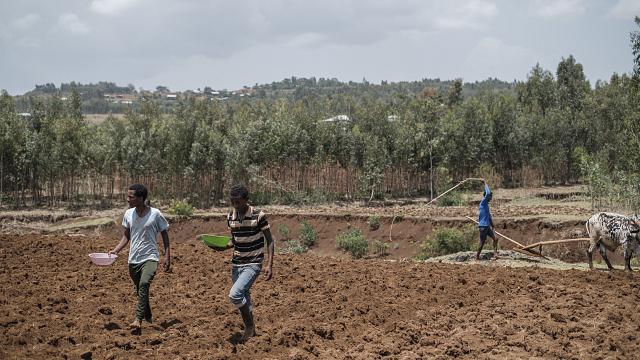