HomeMalawiPoliticsMCP’s Mkaka challenges MEC on symbol rejection: “We are not moved”
Politics

MCP’s Mkaka challenges MEC on symbol rejection: “We are not moved” 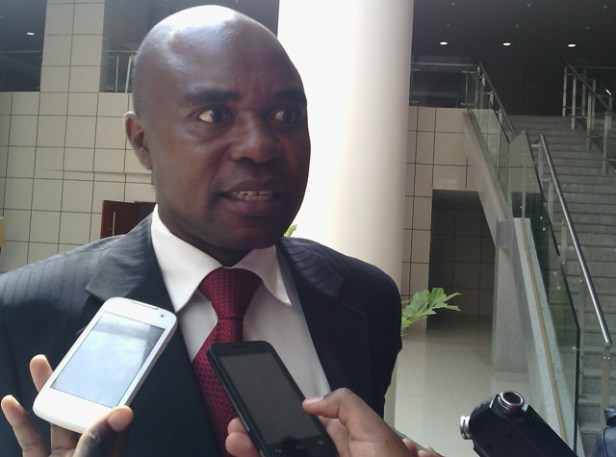 Speaking at Likuni ground in Lilongwe, Mkaka told the gathering that “the alliance is moving forward no matter what.”

“As an alliance, the president of the Malawi Congress Party (MCP) Dr. Lazarus Chakwera wrote the Malawi Electoral Commission requesting the electoral body to replace the party’s symbol with that of Tonse alliance on the presidential ballot. But the MEC chairperson Dr. Jane Ansah has refused saying they cannot use an alliance symbol.

“ Let me make it clear that even if they do that people will not stop voting for Dr. Chakwera because they have rejected the symbol. This alliance is moving forward no matter what,” he said.

The Party made the application to MEC to let the party use a fusion of MCP and UTM symbols to reflect the UTM, MCP and other party’s electoral alliance.

But MEC has rejected the application on grounds that MCP did not notify the registrar of political parties on any changes on symbols to be used on ballot paper in the fourth coming presidential election.

In a written response yesterday, the MCP leader—who has picked his party’s alliance partner and the country’s estranged Vice-President Saulos Chilima as his running mate—was also quick to add that they are not moved by the rejection.

Said Chakwera: “The spirit of the alliance is what led us to write MEC on changes. It [the alliance] cannot be killed. But we will consult.”

On how the alliance would be sold to the electorate, he said they are selling a presidential candidate and his partner; hence, they will continue doing so.

Tonse Alliance has been promoting a combined symbol of MCP and UTM Party logos while Chakwera submitted his nomination with MCP symbol only.

The fresh presidential election follows an initial order by a five-judge panel of the High Court of Malawi sitting as the Constitutional Court that on February 3 nullified the May 21 2019 presidential election over alleged irregularities, especially in the results management system. The court ordered a fresh election to be held within 150 days.

The Malawi Supreme Court of Appeal on May 8 upheld the Constitutional Court ruling, including faulting MEC’s competence in managing elections and the definition of “majority” to mean 50-percent-plus-one vote in the presidential election instead of the previous first-past-the-post.

Maneno Chimulalahttps://www.maravipost.com
I am a journalist, educator, and activist with passion for telling stories about social justice, sports and political issues. I graduated from Mzuzu University. I started my career at the Maravi Post online publication in 2012 as an intern while in college. Upon graduating from Mzuzu University I was offered a job as Sports Reporter because of my background as a goalkeeper and rose to the position of sub editor. I also had a short stint with Nyasatimes, Malawi Punch and Malawi Digest. Over the past seven years, I have worked intimately with rural organizations and communities in Malawi on human rights, girl child education and grassroots development projects. With an academic background in education, I also volunteer as male champion for girls’ education under Girls Empowerment Networks (GENET) in Malawi’s South West Education Division (SWED).
RELATED ARTICLES
Malawi