You are here: Home » Regional » Niger: Death toll from jihadist attacks rises to 100 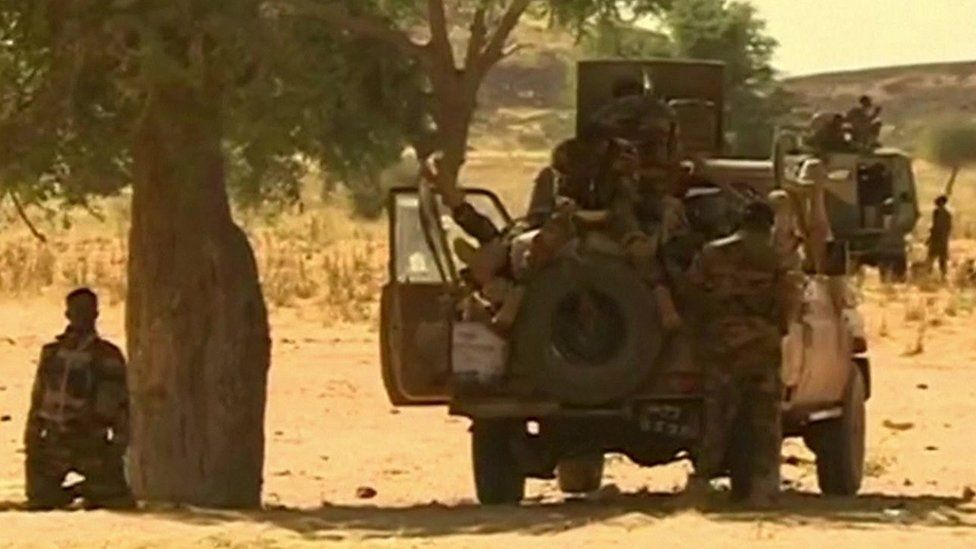 Some 100 people have now been confirmed dead from the suspected jihadist attacks on two villages in Niger.

According to the Prime Minister Brigi Rafini, 70 people were killed in the village of Tchombangou and 30 others in Zaroumdareye – both near Niger’s border with Mali.

Analysts say this was one of the deadliest attacks recorded in the country which is grappling with ethnic violence and Islamic militancy.

So far no group has claimed responsibility for the attacks.

According to local mayor Almou Hassane, those responsible travelled on about 100 motorcycles, split into two groups and carried out the attacks simultaneously.

Reports suggest that the jihadists launched the assaults after villagers killed two of their group members.

Mayor Hassane said 75 other villagers were left wounded in the aftermath, and some have been evacuated for treatment in Ouallam and the capital, Niamey.

Prime Minister Rafini has condemned the attacks during a visit to both villages on Sunday.

“This situation is simply horrible… but investigations will be conducted so that this crime does not go unpunished,” he told reporters.

Like it? Share it!
Why a ‘wall’ in front of goalkeepers doesn’t help to save a free kick < Previous
Julian Assange: British judge rules Wikileaks founder should not be extradited to the US Next >
Latest News From Malawi
Headlines From: The Maravi Post