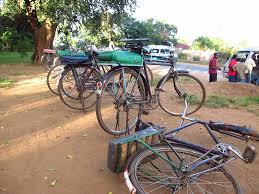 BLANTYRE-(MaraviPost)—Malawi police officer Constable Folley Ganizani Masiye and unknown pedal cyclist died in a hit and run road accident on Tuesday in Salima.According to Salima Police public relations officer Gift Chitowe, the 30-year old police officer, who was working at Chipoka police station, met the fate after knocking off from his normal duty.

“On 20th September a police officer reported for Chipoka road block duties at 1400 hours and was supposed to knock off at 2200 hours, and after knocking off he was carried on a taxi bicycle which was being cycled by this unidentified  bicycle operator and upon arrival Mikuyu Village near Teen Mission junction along Salima-Balaka road they were both hit by unidentified motor vehicle which was also going the same direction with the deceased but unfortunately the vehicle did not stop,” said Chitowe.

Like it? Share it!
The best you can do in relationships < Previous
Turkey And The PKK: Mutual Violence Is Not The Answer Next >
Recommended stories you may like: