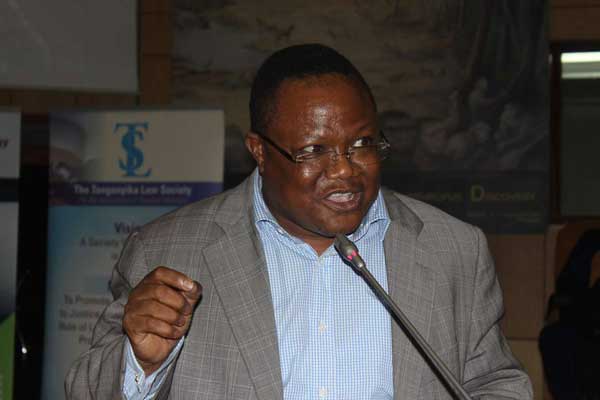 
The leader of Tanzania’s main opposition party Chadema, Tundu Lissu has said that he will not accept the results of Wednesday’s general election.

He has alleged that there were voting irregularities and fraud in Wednesday’s general election.

The head of the National Elections Commission, Semistocles Kaijage has however rejected those claims, saying there was no evidence to that.

The opposition also said there were irregularities in the semi-autonomous archipelago of Zanzibar, where unrest marred early voting on 27 October.

“Whatever happened yesterday (Wednesday) was not an election,” Tundu Lissu told journalists in the main city Dar es Salaam.

In another interview quoted by the AFP Lissu said “We didn’t have an election last night based on international best practice and by Tanzanian laws. It’s a gang that has decided to stay in power by hook or by crook.”

More than 29 million people registered to vote in the election which featured 15 presidential candidates including two women.


Mr. Magufuli is seeking a second term in office with rights groups accusing him of restricting democratic freedoms during his first term in office.