You are here: Home » Business » The Dakar TER, an express train to development in Senegal

The Dakar TER, an express train to development in Senegal 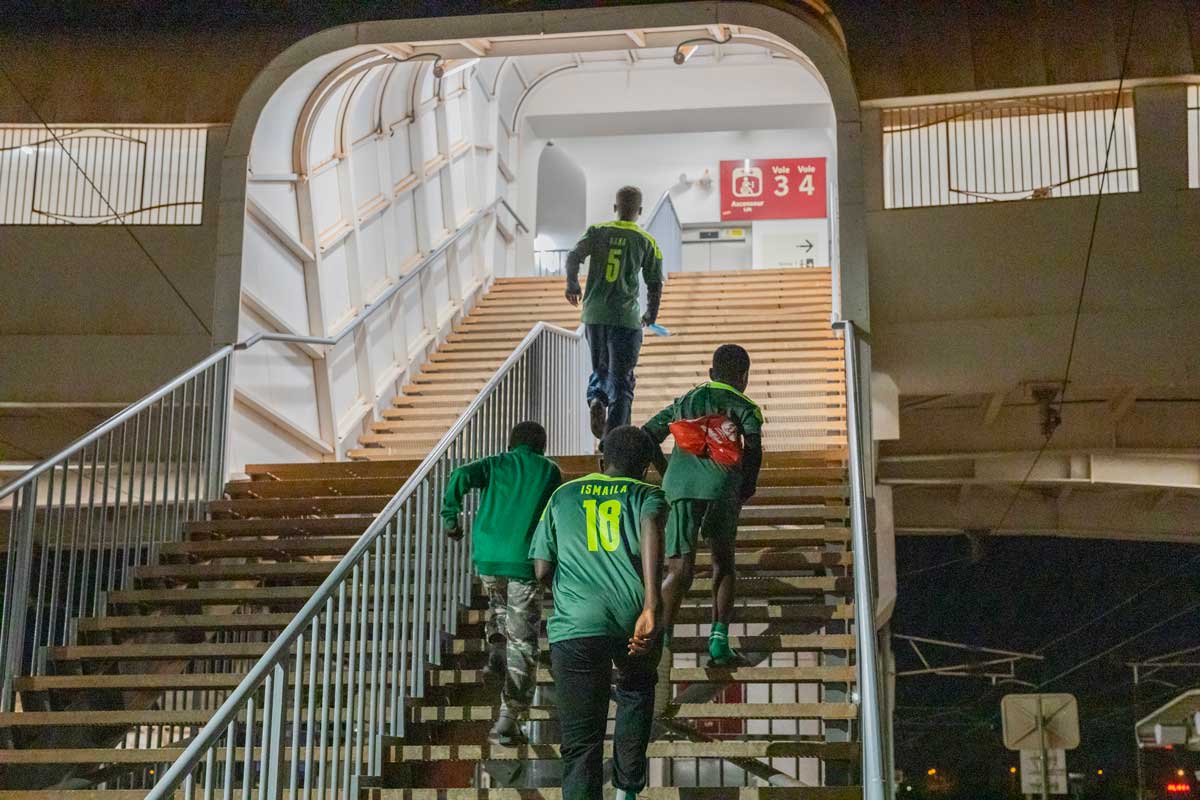 The smiling boy runs up to his brother, who is waiting for him by the school gate. Together, they hurry to one of the stations served by Senegal’s first regional express train, or TER, which stops at many points in the capital, Dakar. The two boys climb into the cool interior of the train, eager to join their brothers at the Abdoulaye Wade Stadium, a few stations away, where they will play the game they love; football.

Built in 1884, the Dakar railway station originally linked the city to Saint-Louis, which was then the capital. Its spectacular architecture marries tradition with modernity, combining verandas, large semi-circular arches and colored ceramic decoration. Now, in 2022, its colors are as bright as ever and the number of destinations one can go to has increased. They include the new city of Diamniadio, which has a brand-new sports stadium where the children go to play soccer. 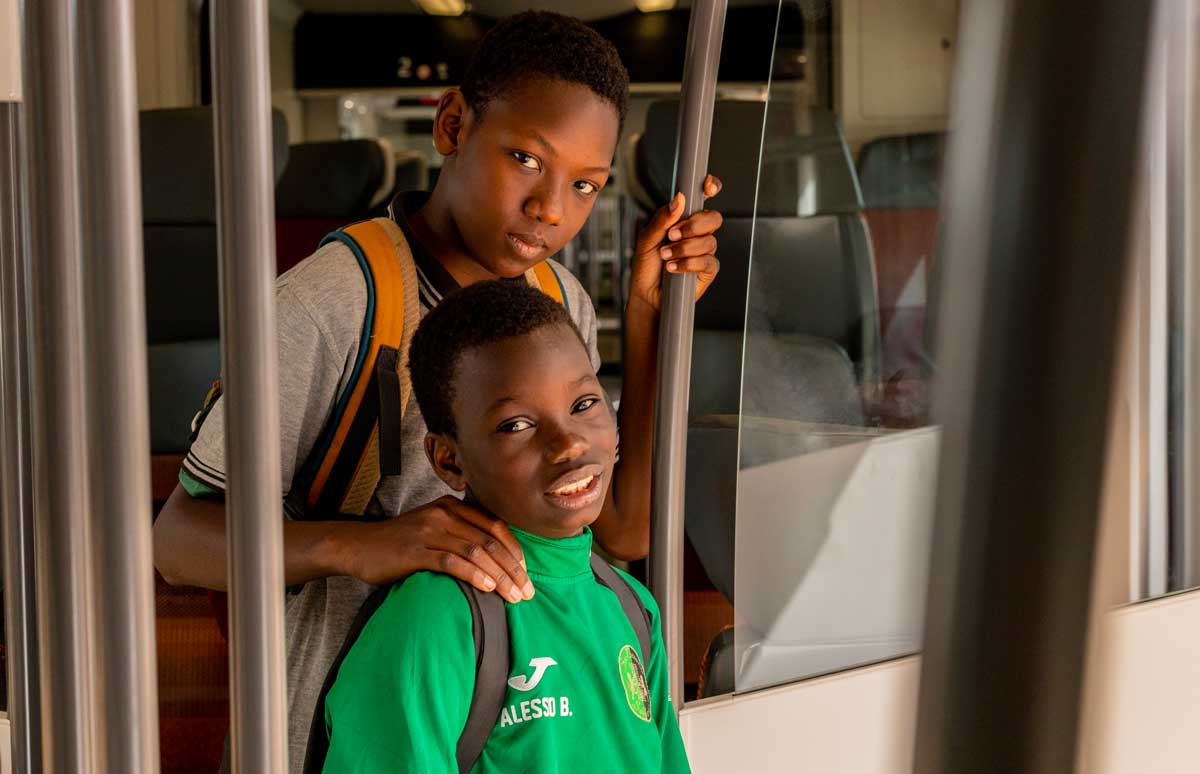 “Our parents know that we are safe on the train. It’s easier. There’s no pollution and we avoid the traffic jams,” Seydou Ibrahima Mbodj, the elder of the two boys, says with a smile.

The two seem pretty used to making this short and convenient journey, but it has only been possible since December 2021, when the Dakar TER came into service.

TER is a flagship project of the Emerging Senegal Plan – the country’s ambitious roadmap to prosperity, which targets 2035 as the date for achievement. 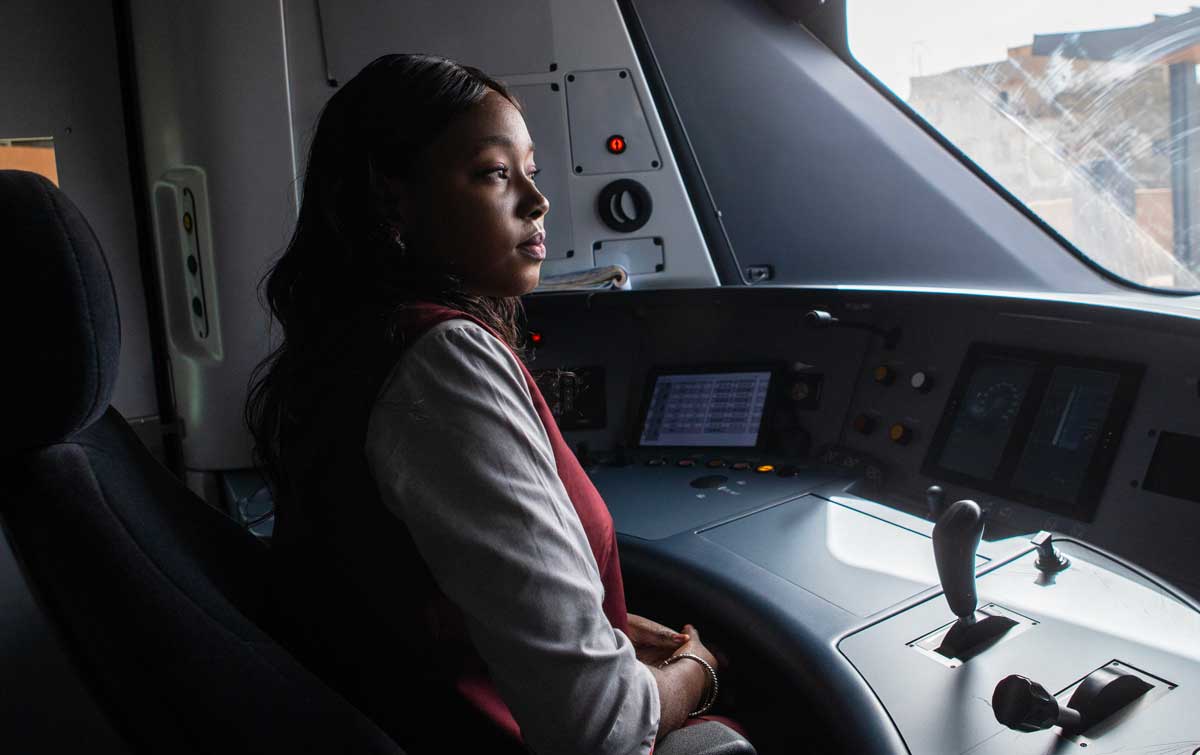 “I am proud to be one of the first female train drivers in Senegal and my family is proud too,” she says. “The TER has greatly changed the daily lives of people in Senegal because it means they can get home earlier, spend more time with their families and avoid traffic jams.”

Senegal prioritizes the sustainable development of urban mobility to address the chronic traffic congestion on the streets of Dakar. “Recent studies have shown that Senegal loses over $200 million due to traffic jams,” says Mountaga Sy, Director-General of the national government’s Agency for the Promotion of Investment and Major Works. 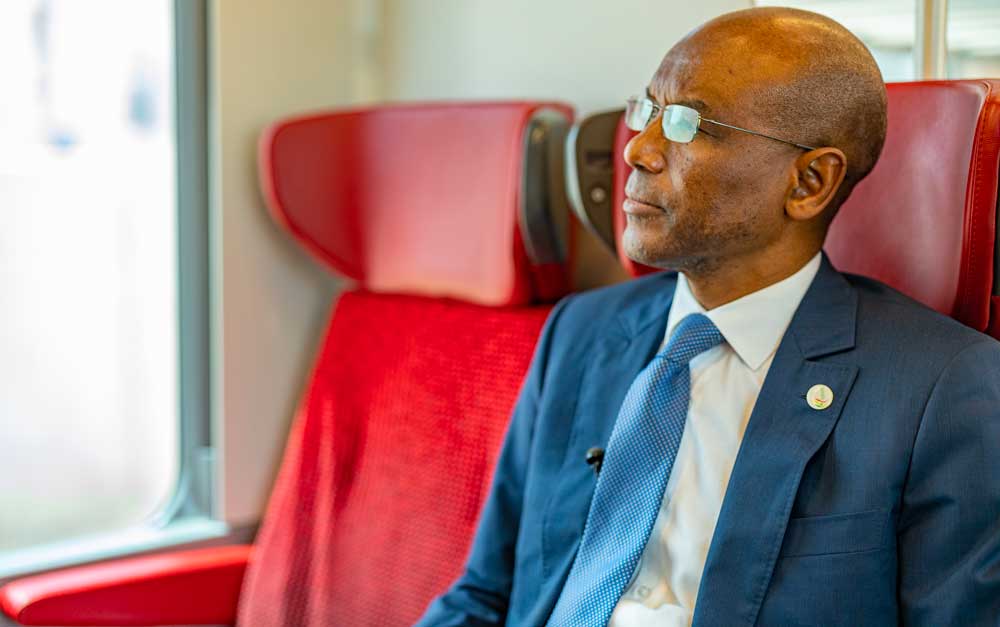 The TER is using the latest rail technologies to help solve the problem. “Our signaling system is one of the most advanced in the world: we are using the European Rail Traffic Management System, which is a cutting-edge tool for the management of high-speed lines in Europe,” says Moustapha Mbaye, director of the Rail Operations Centre.

The African Development Bank Group mobilized over $200 million to create the 36-km TER line linking Dakar station to Diamniadio, with its new Olympic football stadium. The thirteen stations that have been built along the line connect Dakar’s suburbs and provide fast, secure, reliable and affordable means of transport. 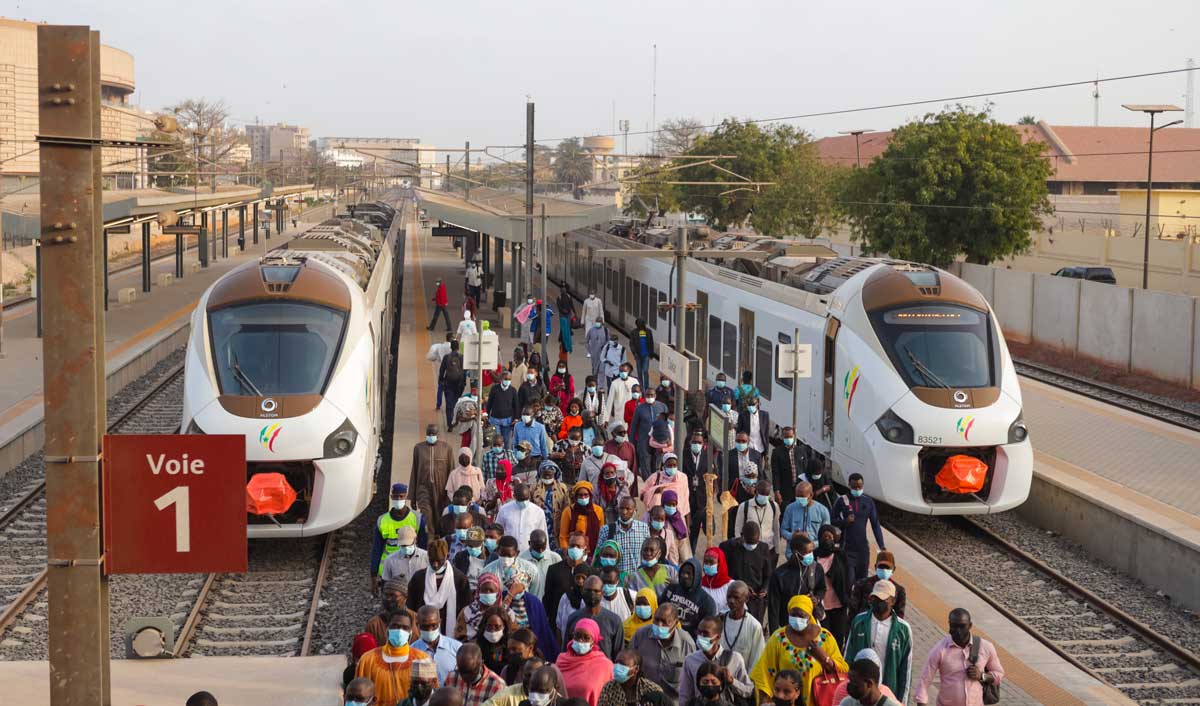 More than six million passengers have used the line since it came into service. The daily capacity is 115,000 passengers; the TER’s 15 trains travel at speeds of up to 150 km/h. Commuters can reach the suburbs from the center of Dakar in 10 minutes or less; travel time to Diamniadio via a non-stop train is about 20 minutes. Passengers arrive three times as fast as in a taxi and pay a third of the price.

Unblocking the road system has a second clear benefit: it reduces pollution. “By investing in an electric train, we are providing an environment-friendly response that cuts pollution by more than 32%,” Mountaga Sy explains. 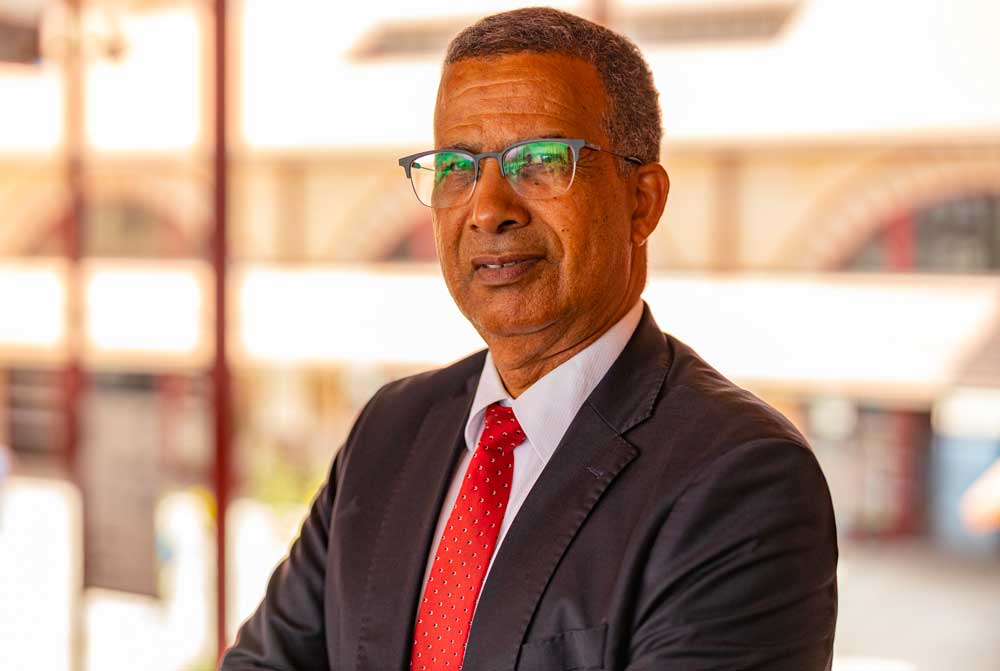 “This express train is an express route to progress and development in Senegal,” says Mohamed Chérif, head of the African Development Bank’s country office in Senegal. In the second phase of the Emerging Senegal Plan (2019-2023), the government will extend the line by 19 km to connect Diamniadio with Dakar’s Blaise-Diagne international airport. “The African Development Bank is proud to be associated with the financing of this critical contribution to Senegal’s economy. This project greatly improves the mobility of the inhabitants of Dakar,” Mr. Chérif says. 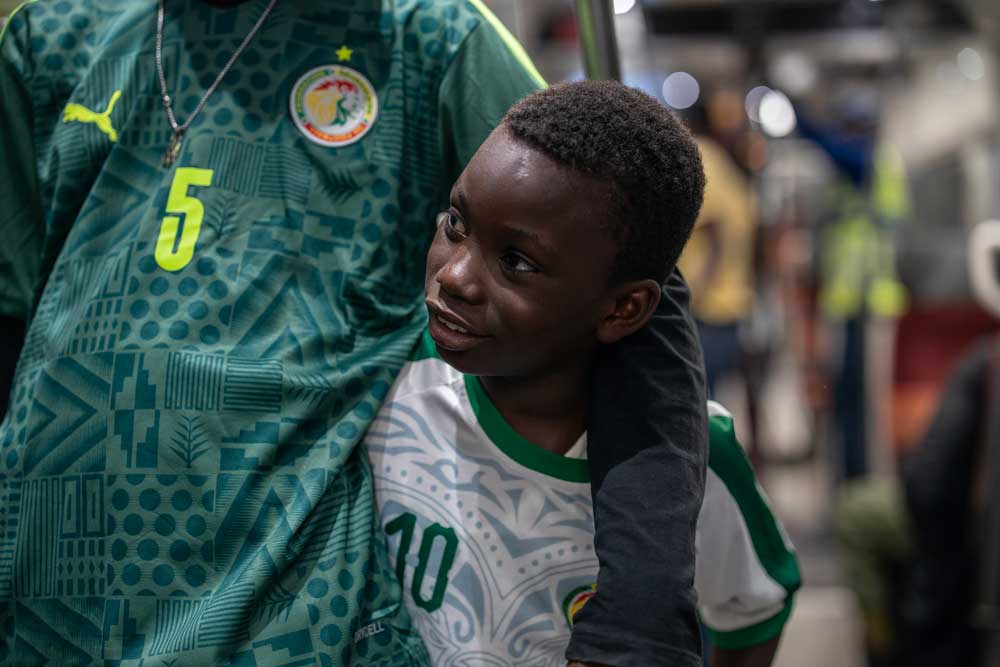 The children get off the train and hurry to the stadium, which, for them, is a dream of the future: “One day I will come here, to the Diamniadio stadium; I will score a goal for Senegal and make the difference! “ says the younger boy, Pape Souleye Mbodj, radiating enthusiasm and hope.

The TER does more than transport passengers. It transports dreams and ambitions towards reality.
Source African Development Bank Group

Like it? Share it!
11th World Urban Forum: amplifying the voices of African cities < Previous
CMC chides Chilima on dragging Malawians into political fight Next >
Latest News From Malawi
Headlines From: The Maravi Post