HomeRegionalAMATia goes back to the beginning of her journey, was it just...
AMATechnology

Tia goes back to the beginning of her journey, was it just a dream? 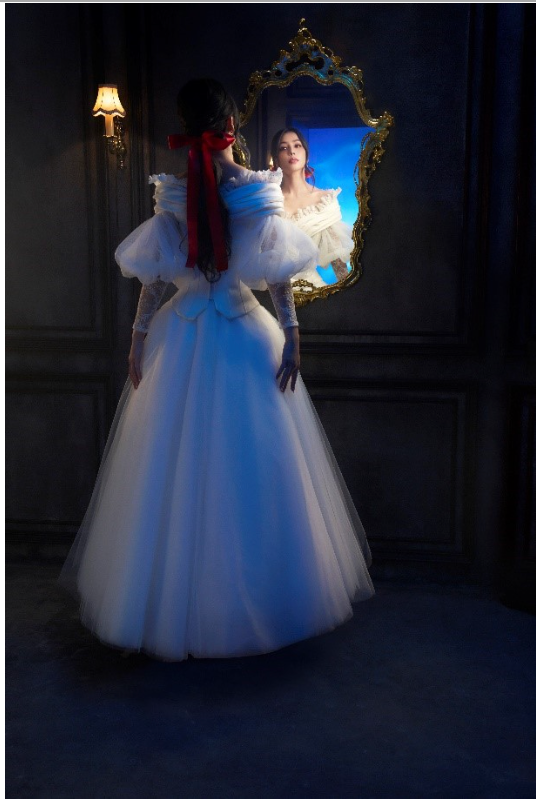 “ Temptation Apple ” – Will the princess accept the prince’s kiss?

HONG KONG, SAR, 28 November, 2022,-/African Media Agency (AMA)/- In the fifth episode of “GOODBYE PRINCESS” animation series, Asian global fashion icon, C-pop singer, film and television actress — Tia Lee (Tia Lee Yu Fen) takes a bite on the apple given by the magical mirror. She, then, has been returned to the depths of the sea and back to the beginning of her Journey, was it just a dream? With the 6-part series drawing to a close, stay tuned as the plot continues to challenge your imagination. The viewership figures of the “GOODBYE PRINCESS” animation and motion images MV pre-release campaign series has scaled new heights, with almost 90 million views to date.

In the fifth episode, “Temptation Apple”, after the handsome prince kneels down and declares his love for the princess in the previous episode, they are now dancing inside the castle. She takes a casual glance outside the window, but discovers that the dazzling light that has drawn her to this adventure is drifting further and further away. She runs down the spiraling staircase inside the castle without the prince. She is led into a room, where the magical mirror awaits and reflects her “past life” as a carefree mermaid who swims in the sea happily. The magical mirror then hands her an apple, and she takes a bite without hesitation. The handsome prince follows, but he is not quick enough to stop her in time. When the princess opens her eyes again, she has been returned to the depths of the sea. The television set shows images of the handsome prince holding the unconscious princess, trying to revive her with the kiss of life.

Then the “Temptation Apple” poster, released on 26 November, told Tia’s followers more about this episode:

The fifth set of motion images and still photography for “ Temptation Apple” was released today together with Vogue Hong Kong, showing Tia in her Prakakaas hook and Poem skirt, looking curiously into the magical mirror.

Will the princess wake with the handsome prince’s kiss of life? Expect an unexpected ending in the finale of this “GOODBYE PRINCESS” animation series.

Tia Lee (李毓芬), born in Taipei, is an Asian C-pop singer, film and television actress, model, and former member of the girl band Dream Girls. In addition to her acting roles and musical career, Tia appears frequently at major fashion shows. As a fashion icon and trend-setter, Tia has graced the covers of fashion, beauty and lifestyle magazines such as Vogue, Elle, Marie Claire, and shares her beauty and fashion tips through a number of Vogue’s social media channels.