UNMISS has strongly condemned the violations committed by armed youth from Koch and Mayendit counties, located in neighouring Unity state, which have forced thousands to flee to safety.

Between 17 February and 7 April, some 72 civilians were killed, at least 11 injured, and 64 cases of sexual violence recorded, according to UNMISS human rights teams, which have conducted 10 verification missions to the area.

Two survivors reported that they were repeatedly raped and gang-raped after they came out of hiding to find food for their children. Another woman who had recently given birth recounted that she was raped and severely beaten for three days.

“I am strongly appalled by these horrific attacks on civilians in Leer. We must all do everything we can to ensure that victims and survivors get the justice they deserve and receive the care and support they need,” said Nicholas Haysom, Special Representative of the UN Secretary-General for South Sudan and head of UNMISS.

Initial reports from Leer county, located in Upper Nile state, indicate that some 40,000 people have fled the violence, with thousands reportedly crossing the Nile to Fangak, a community in Jonglei state.

Thousands of cattle were raided during the attacks, while homes, humanitarian facilities and warehouses were looted and burned to the ground.

Meanwhile, the wet season has already begun, along with risks of floods, making conditions dangerous for thousands of displaced families.  UNMISS is also investigating violence in Mayendit and Koch counties, including Mirmir Payam.

The Mission has deployed additional peacekeepers to conduct regular patrols, including night patrols in Leer town, to avert further loss of life.

While UN ‘blue helmets’ are providing protection to displaced people, and the humanitarians serving them, UNMISS emphasized that civilian protection “is first and foremost the responsibility of the Government.”

The Mission has welcomed initial steps taken by the authorities, including the formation of an investigation committee and the deployment of troops to restore security.

UNMISS is engaging with leadership at the capital and state level to mitigate violence. Civil affairs teams are also meeting with communities to conduct focus group discussions in conflict-affected areas.

“Impunity on violations of human rights must end and perpetrators held accountable for these horrible crimes.”

Relatedly, women in South Sudan have been pleading for peace, the top UN humanitarian official in the country said on Monday, following a visit to Unity and Upper Nile states from 22-23 April.

UN Humanitarian Coordinator Sara Beysolow Nyanti led a high-level delegation to the state capitals, Bentiu and Malakal, respectively, to assess needs on the ground and to meet with people affected by ongoing violence and natural disasters.

Displaced women spoke of how insecurity, rape, and lack of livelihood opportunities and education are impacting their lives, stating “this is not the life we chose”.

Ms. Nyanti also condemned the ongoing violence in Leer county, and conflict tensions across the country, in the strongest terms.

The surge in fighting this month has resulted in widespread devastation, she added, with numerous people reported killed and wounded, women abducted and raped, homes burned, and properties looted.

“These atrocities happened at the time when humanitarians are responding to mitigate suffering as a result of rains and standing water from the 2021 floods as well as preparedness activities to mitigate the impact of the oncoming rains and projected flooding,” she said.

Innocent civilians have been killed in the violence, and the Humanitarian Coordinator mourned the loss of a staff member with the international non-governmental organization Médecins Sans Frontières (MSF) killed in Leer earlier this month while trying to flee an attack on his community.

“This tragic loss of life of those who commit to save other people’s lives is unacceptable,” she said.

“Continuation of violence hampers the delivery of humanitarian services to the most vulnerable, especially women, children, elderly and disabled people, and deteriorates further their already dire situation. It increases the number of those in dire need of humanitarian assistance, and we do not have the funds to reach those already in need,” she said.

This year, some 6.8 million of the most vulnerable people in South Sudan will need urgent life-saving assistance and protection. A $1.7 billion humanitarian response plan for the country is currently only around eight per cent funded. 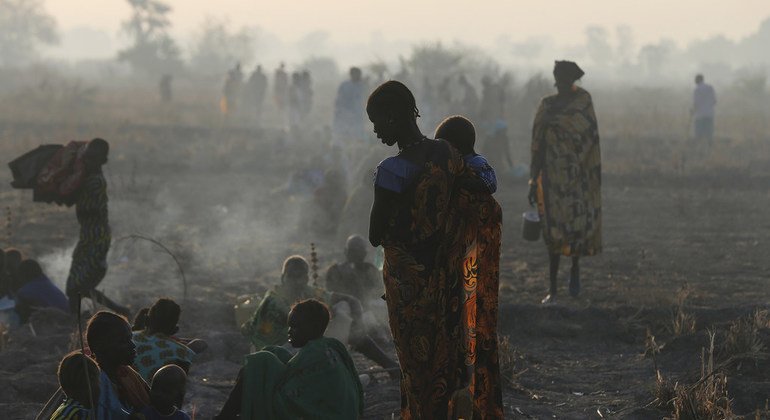 Like it? Share it!
‘This is the worst drought in forty years’: Millions of Ethiopians at risk from failed rains < Previous
Chakwera slams Martha Chizuma’s social media friends for dictating ACB Next >
Recommended stories you may like: