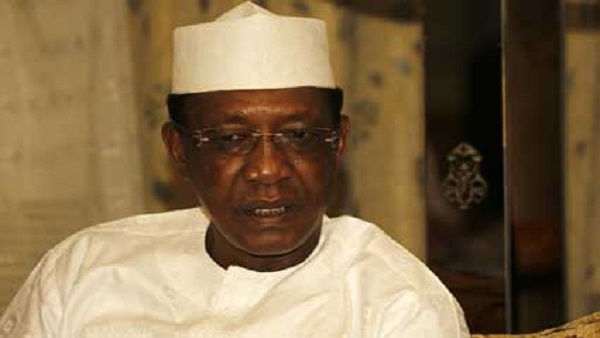 
The head of the Chadian Organisation of Human Rights, Baradine Berdei Targuio has been jailed for saying the country’s President, Idriss Déby is ill.

A Chadian court sentenced him to three years in jail for his Facebook post in which he also claimed President Déby was being treated in France.

The Criminal Court in the capital N’Djamena found him guilty of “attacking the constitutional order”.

Political opponents of the President have criticized the jailing of the activist and demanded his release.


Already the Chadian government has banned anti-government protests ahead of presidential election in April this year.

The government said such protests could trigger disturbances to public order.

The ban was imposed following protests erupted after President Idriss Deby Itno was nominated by his party to seek sixth term in office.

He is set to contest for re-election in the April 11, 2021 election despite already spending 30 years in power.

President Deby pushed through a new constitution in 2018 that made it possible for him to run again.

He reinstated term limits in the new constitution but that would let him stay in power until 2033.

68-year-old Deby is a former army officer who came to power in 1990 after he overthrew autocratic leader Hissene Habre.

Like it? Share it!
Court rules that Uber drivers are ‘workers,’ not self-employed < Previous
UN chief to security meeting: ‘2021 must be the year to get back on track’ Next >
Latest News from Maravi Post
Recent Posts: The Maravi Post