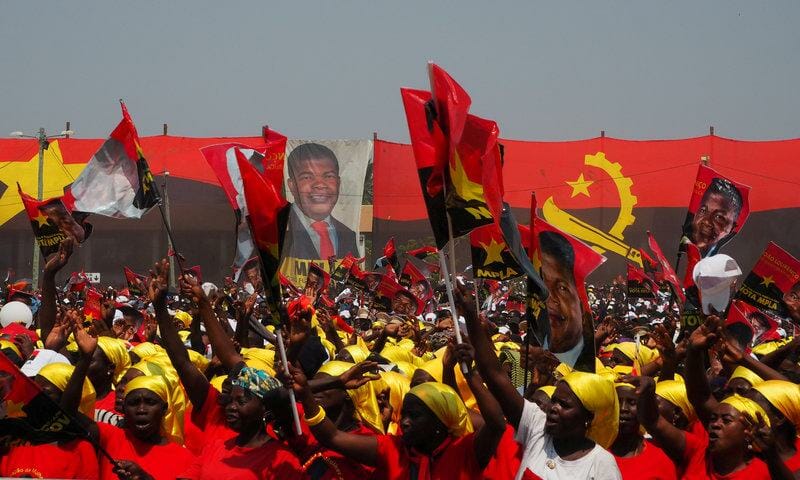 Angola’s ruling People’s Movement for the Liberation of Angola (MPLA) is set to extend his long stay in power with this month’s election victory.

The party was declared winner of last week’s national election by the electoral commission as it is set to stay in power beyond the nearly five decades since independence.

The commission gave the MPLA a 51.17% majority after all votes were counted. Its longtime opponent, the National Union for the Total Independence of Angola, or UNITA, got 43.95%, its best result ever.

UNITA leader Adalberto Costa Junior has rejected the results as he cites discrepancies between the commission’s count and the main opposition coalition’s own tally.

If he insist on disputing the result, he must lodge a complaint with the electoral commission. If that is rejected, he can challenge the result in the Constitutional Court, which must rule within 72 hours.

He has though urged his supporters to remain calm.

At a news conference though, president Lourenco said “The international community perceives this election as being free, fair and transparent.”

He promised more jobs for the youth, in a country where half of under-25s are jobless and few feel the benefit of its vast oil wealth.


According to very few local observers the elections were free with International observers from the Southern African Development Community also noting that the vote was calm and peaceful.

Fewer than half of Angola’s registered voters turned out for last Wednesday’s election.

Like it? Share it!
MPLA victory divides opinions in Luanda < Previous
FDH Bank plc spoils customers during the “Swipe & Dash Promo” launch Next >
Recommended stories you may like: