Anthony Joshua has called Saturday’s world heavyweight showdown against Oleksandr Usyk a “must-win” as he looks to reclaim the world titles he lost to the Ukrainian in their first fight last September.

It was just the third fight in the weight class for the Ukrainian, having jumped up a division after becoming undisputed world cruiserweight champion in 2018.

Since then the southpaw has been back in Ukraine fighting against the Russian invasion as part of the country’s territorial defence forces, but left in March to train for the Joshua rematch.

It is the second time Joshua has fought in Saudi Arabia after the 2019 victory over Andy Ruiz Jr in Diriyah, where he recaptured his titles after losing them to the Mexican-American in New York earlier that year in his first professional defeat.

As well as the three world titles, Joshua and Usyk will also fight for the Ring Magazine belt after Tyson Fury vacated it last week. 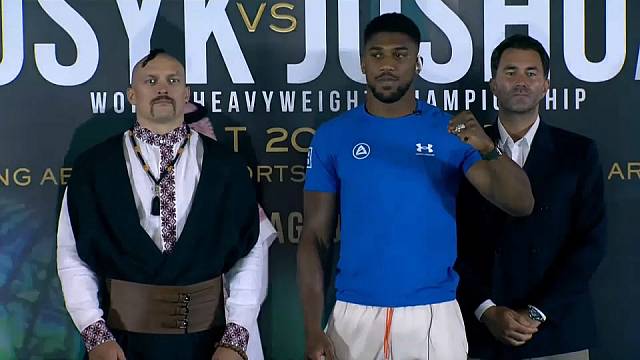 Like it? Share it!
Muslim-Muslim Ticket: A Humanist Perspective on Real versus Idealpolitik in Nigeria < Previous
Five more NBM customers win concert tickets in promo Next >
Latest News From Malawi
Headlines From: The Maravi Post