You are here: Home » Malawi » Health » Britain pulls out of 5G contract with Chinese firm Huawei for test kits found contaminated with coronavirus 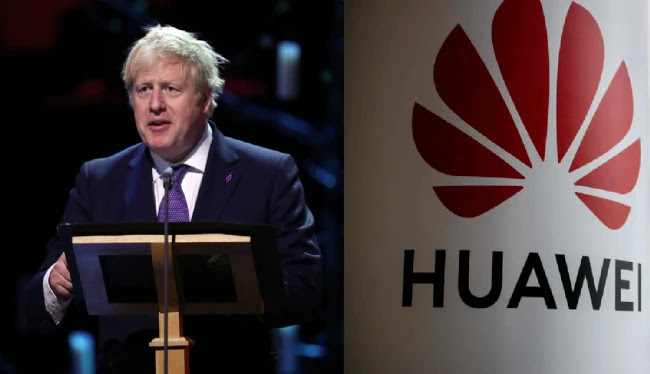 LONDON-(MaraviPost)-British Prime Minister Boris Johnson is said to have decided to pull out of the 5G contract with Chinese firm Huawei.

It has been reported that the British PM came to the decision after he was furious about a recent shipment of test kits bound for the UK were found to be contaminated with coronavirus.

Furthermore, Boris Johnson too is said to have gone into self-quarantine after being tested positive for Coronavirus.

The test kits were assembled in Luxembourg by food safety and laboratory testing services firm Eurofins.

The infected elements are “probes and primers,” the long, thin swabs that medical personnel use to collect samples from the nasal and oral cavities.

Eurofins has said that the infected elements were supplied by China.

British politicians across party lines are angry that China did not inform the world about the true spread of Corona in time and also for not taking the crucial consignment of test kits seriously as they have come infected with Coronavirus.

Many have started to question if the Chinese government deliberately hid the information about the contamination as many other countries have alleged.

The contamination of the test kits will further delay the testing of British citizens which has everyone in the country concerned.

China has also been indulging in massive PR exercise the world over in a bid to stop anyone from blaming them for the Coronavirus.

First the Chinese government tried to blame the US soldiers and later pinned the blame on Italy itself.

People and governments the world over are waking up to the evil machinations of the Chinese government to take control of the world using dubious means.

Chinese companies have been trying to influence decisions in many African countries and Australia too.

In India too, many organisations have warned the government to be extremely wary of the Chinese and their products.

The SJM had said that there is ‘ample evidence that lead to suspicion of Chinese companies indulging in the ex-filtrating sensitive information from, devices and equipment that it exports’, Huawei must be stopped from the 5G trials.