You are here: Home » Regional » Cambodia: vaccination for adolescents begins

Cambodia began a roll out of Covid-19 vaccinations for teenagers in its capital Phnom Penh and three provinces Sunday, with Premier Hun Sen’s grandchildren among the first to get the jab. Several countries in Southeast Asia are currently experiencing a deadly Covid-19 resurgence largely driven by the highly contagious Delta variant, which has set back the region’s successes last year in curbing pandemic tolls. While Cambodia appeared to have escaped the brunt of the virus last year, an outbreak first detected in February has steadily driven up the caseload to nearly 78,000. On Sunday, the kingdom began vaccinating children between the ages of 12 to 17, starting the campaign in its capital Phnom Penh, as well as in the three hardest-hit provinces of Kandal, Koh Kong and Preah Sihanouk. 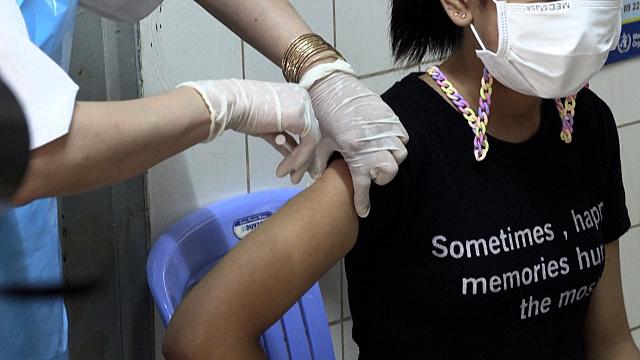 Like it? Share it!
Benin’s rare swamp forest ‘at risk of disappearing’ < Previous
IS THE SCOAN A FAMILY BUSINESS SUBJECT TO INHERITANCE? Next >
Recommended stories you may like: