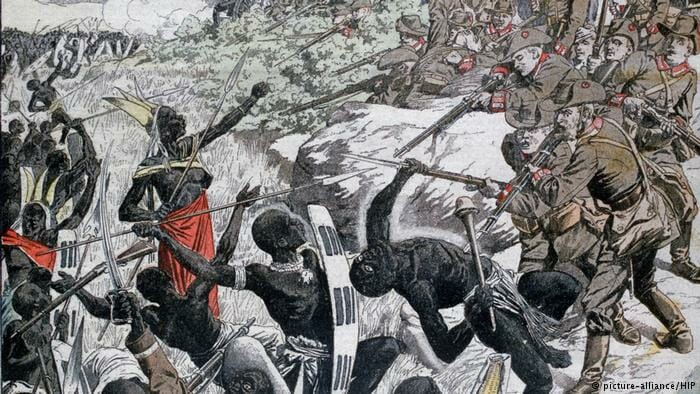 The Herero and Nama ethnic groups in Namibia had rebelled against German rule in response to the expropriation of their land and cattle by Germany.

The head of the military administration in the region, Lothar von Trotha, ordered the massacre in response to the uprising.

The indigenous Herero and Nama people had to flee their lands. Those killed were people found trying to return to their expropriated lands.

According to many published reports, victims were subjected to harsh conditions in concentration camps, and some had their skulls sent to Germany for scientific experiments.

Germany to pay Namibia €1.1bn in reparations for colonial genocide

Like it? Share it!
Half of health care facilities globally lack basic hygiene services – WHO, UNICEF < Previous
Ugandan prophet charged with assault for whipping worshippers Next >
Recommended stories you may like: