You are here: Home » Regional » Ugandan prophet charged with assault for whipping worshippers 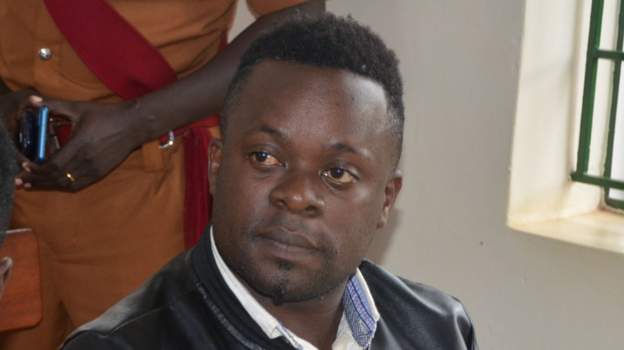 Police have arrested and charged a self-styled Ugandan prophet with assault, common assault, and trafficking in persons after he was filmed whipping his church members.

The 42-year-old was quickly arrested along with four other members of the church following complaints about the video.

In a statement the police said they have “instituted an investigation into the matter.”

“The events have attracted public concern about how the self-proclaimed “man of God” conducted himself,” the statement said.

The prophet was seen in the viral video ordering church officials to go to the front of the church to be whipped.

The congregation watched as one by one the ushers received their beating.

The police in the statement revealed that the preacher during questioning said, “what he did was only a demonstration of how Jesus treated those he found selling goods in church.”

But the police said its investigations showed that his church was “operating illegally without clear documents from the City Authority or Uganda Registration Standards Bureau.”


The prophet and the four others arrested along him “are all detained at Hoima central Division Headquarters,” the police statement said.

He had been remanded until 7 September.

Like it? Share it!
Germany rejects renegotiating new reparation for Namibia genocide < Previous
Kenya Election: Supreme court to rule on all challenges by Monday Next >
Recommended stories you may like: