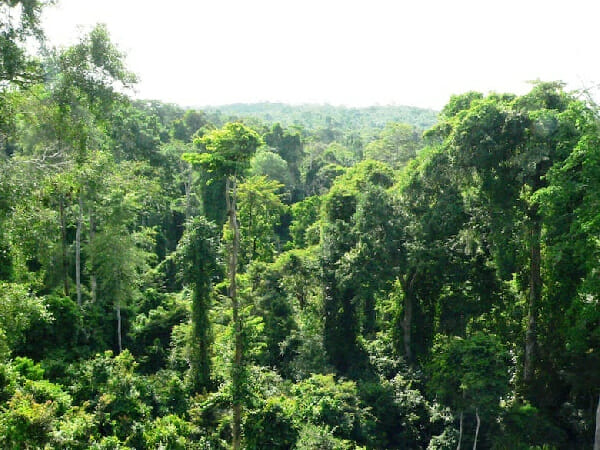 There has been an outcry over reports that President Akufo-Addo has granted Executive Approval for the 92-year-old national forest reserve to be re-classified.

The document widely circulated on social media, suggested that the classification of the Achimota Forest Reserve has been lifted to pave way for a possible redevelopment for other purposes.

The Instrument gazetted on behalf of President Akufo-Addo by the Lands Minister Samuel Abdulai Jinapor stipulated that effective May 1, 2022, the land on which the Forest is located shall cease to be a forest reserve, pursuant to Section 19 of the Forest Act, 1927 (CAP. 157).

The sector minister Samuel Abdulai Jinapor has since clarified that the EI will not pave way for the sale of the forest reserve contrary to speculations.


He said EI 144 made provisions for the peripheral portions of the forest to cease to be a forest reserve to ensure development that was consistent with the area of the forest reserve. According to him, those portions, sections of which had been developed, had already been granted to the Owoo Family in September 2013.

“The Achimota Forest remains an integral part of the government’s plan for the protection of our forest cover and our agenda for aggressive afforestation and reforestation. The government, through the Ministry of Lands and Natural Resources, will continue to protect the Achimota Forest and prevent it from being further encroached,” the minister said this at a press conference in Accra.

The explanation from the government has not gone down well with some CSOs which are demanding that the government rescinds the EI to secure the Achimota forest.

The minority in Ghana’s parliament has also rejected the justification of the reclassification by the government.

“Without doubt the Achimota Forest is the only existing greenbelt in Ghana’s capital city, Accra and any decision on that land should either add more ecological value to it or enhance its present value.

Any decision by the Government to reclassify it as a commercial/residential zone, even if only a part of it, will not serve the ecological value effect but to the contrary jeopardize the essence of the forest as reserve area and will open it up to further abuse and non-ecological use,” the minority said in a statement.

Like it? Share it!
Police: Call Ndalile of Mokwa to Order < Previous
Algerian actress Chafia Boudraa known as “Lala Aini” dies at age 92 Next >
Latest News From Malawi
Headlines From: The Maravi Post