You are here: Home » Lifestyle » Leading LGBTQ group in Uganda is closed down amid toughening laws Authorities in Uganda have suspended the work of a high profile LGBTQ rights group, calling it an ‘illegal entity.’

Sexual Minorities Uganda has been the nation’s most prominent support group for LGBTQ people since 2004 but its leader, Frank Mugisha, said on Saturday the authorities had told him to suspend activities due to a lack of documentation.

He said the case against the group stems from the name itself, which the registrar of companies considers to be unsuitable.

A judge agreed and the group is awaiting the judgement of a higher court.

Same-sex sexual activity is prohibited in Uganda under a colonial Penal Code, dating from 1950, which criminalises acts which are, what it calls, ‘against the order of nature.’

The law carries a maximum penalty of life imprisonment and applies to both men and women.

In 2009 President Yoweri Museveni’s government drafted legislation which proposed the death penalty for what it called aggravated acts of homosexuality.

After international condemnation the bill was amended but LGBTQ communities in Uganda are regularly subjected to discrimination and violence. 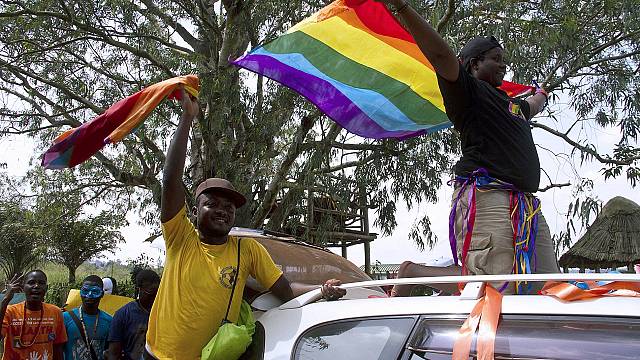 Like it? Share it!
WHO releases global COVID-19 vaccination strategy update to reach unprotected < Previous
Kaliati rubbishes reports on Chilima sponsoring demos Next >
Latest News From Malawi
Headlines From: The Maravi Post