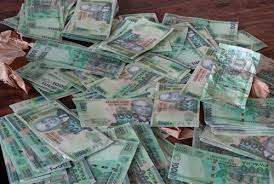 Sixty-eight workers from the Ministry of Agriculture, Irrigation and Water Development, this week lost their jobs after mismanaging millions of Kwachas of public funds.

This follows an investigation conducted by the Central Internal Audit (CIA), the Government’s internal auditors under the Ministry of Finance that revealed that some staff were getting more than their salaries, and allowance entitlements.

According to the report, about K166 million of taxpayers’ money, was misused through dubious salary payments between 2012 and 2014.

Confirming the development, Osborne Tsoka, spokesperson for the Ministry of Agriculture, said his Ministry referred the matter to the office of Attorney-General for further action.

The fraud happened at the Ministry’s headquarters in Lilongwe, some research stations, and the Agriculture Development Divisions (ADDs).

According to Tsoka, most of the concerned officers are those on Grade K, while four are on Grade I and one on Grade G.

While confirming to have received the said file, Attorney General Charles Mhango denied to comment further, saying he is yet to go through it since he in new in the office.

In order to deal with the development, the Ministry of Agriculture has developed a new method of paying salaries, known as Automated Transfer System, according to the Ministry’s spokesperson.