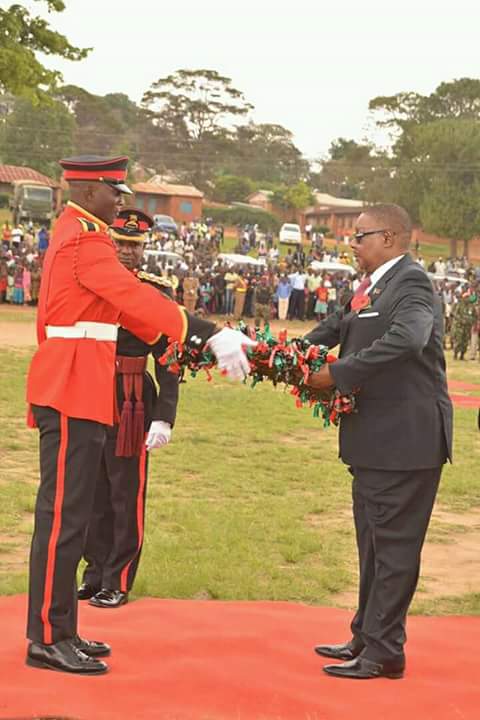 Malawi’s war dead have been remembered as President Peter Mutharika led the nation in paying its respects when he laid a wreath at the makeshift Cenotaph in northern city of Mzuzu, at 11am.

The ceremony during which a two-minute silence took place was held at. Mzuzu Upper Stadium.

The firing of a gun marked the end of the silence, and The Last Post was sounded by the Malawi Defence Force (MDF) soldier from Moyale Barracks battalion before the wreaths were laid.

Malawi troops were part of the Commonwealth soldiers who died in both world wars.

Remembrance Sunday is about remembering the sacrifice they made so that people can enjoy the freedom and liberty that have today.

It is commemorated on November 11 at 11 am, the day and time when the Second World War officially ended.

Members of the clergy from different denominations said prayers during the event. They prayed for continued peace and tranquillity in Malawi and that God should bless the nation with good rains.

In Zomba, the ceremony was presided over by Minister of Lands, Housing and Urban Development, Anna Kachikho, where a congregation gathered at the War Memorial Tower at Cobbe Barracks where two maroons were sounded and interdenominational prayers held in honour of those that fought in the two world wars and subsequent wars.