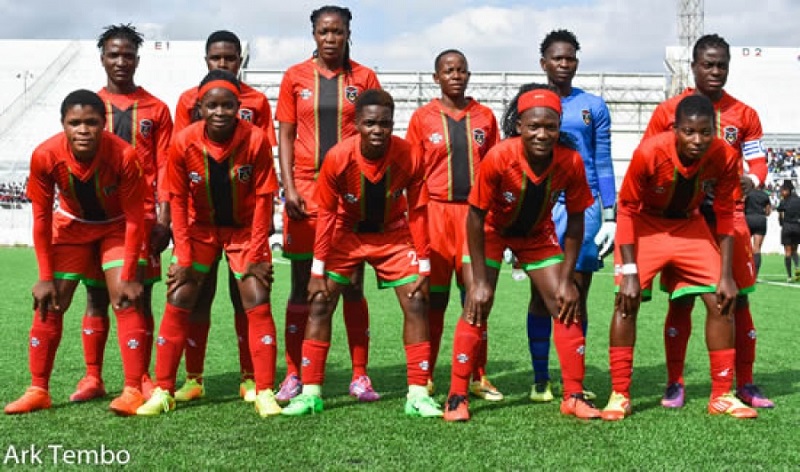 Blantyre, August 16, 2019: Malawi National Women’s Football Team Coach, Abel Mkandawire has maintained the squad which he employed during the COSAFA in preparations for the 2020 Tokyo Olympic Second Round Qualifier against Kenya later this month.

She-Flames massacred Mozambique 11-0 at Kamuzu Stadium before beating them 3-1 at their backyard in the first round of the Olympic Games qualifiers will start with a home encounter against Kenya on August 28, 2019 before travelling to Nairobi.

The team took a week break from camp after returning from South Africa on Wednesday last week following their exit in the group stages of the just ended Council of Southern Africa Football Association (COSAFA) Women’s Championship.

The team, which will regroup at the Mpira Village in Blantyre, has an additional of the Chawinga sisters, Temwa and Tabitha, who failed to take part in the COSAFA tournament due to club engagements at the Kvaransverdens IK (Sweden) and Jiangsu Suning (China) respectively.

In an interview with Malawi News Agency (Mana), Mkandawire said the COSAFA Women’s Championship provided a platform for preparation of the team for the 2020 Olympic Games.

“At the COSAFA, we have learnt that everybody can play as long as you give them encouragement. We have also learnt some experience from South Africa who were coming from the world Cup and the charges were so cool in approach to that game,” he said.

Mkandawire added that, “We have learnt that in when you are in camp and have good preparations, it helps to play international matches impressively and we met different style of play, systems, players and this really helped our team’s preparations.

”The COSAFA was really a good platform for us because we did not have international friendlies and exposed our players on how to play such games.”

Below is the full squad: