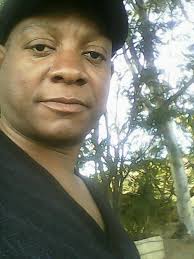 The battle for parliamentary seat for Blantyre City South will be highly contested as evident with the  joining in of former MBC TV presenter Geoffrey Kapusa ahead of 2019 tripartite elections.

In an interview, Kapusa confirmed the development on Thursday and since joined Malawi Congress Party-MCP.

Unlike other people claiming being approached by Chief and some people to represent them, Kapusa said he been has passionate about politics and has vast exposure to various thinking and characters in political arena.

He said: “I have learnt a lot from TVM. God’s time is the best. After being fired from MBC, I left with no option to into main stream politics and vie for the mighty MCP aspirant. The party is the only trustworthy political party in the country with tangible developments since multi-party democracy.

“It is only the party with no smell of corruption and led by man who fear God. Dr. Lazarus Chakwera had no record of theft just like Sidik Mia as his vice. I strongly believe their leadership style is full of trust and hope to end myriad challenges rocking the country such electricity, water woes,” said Kapusa.

According to the celebrity, once he becomes a legislator, he will champion minority groups such as those leaving HIV and AIDS, being one of positive living.

Notable aspirants at the constituency are Fisher Kondowe, Noel Lipipa among others.

Currently, the Phase 4 of the fourth voter registration is underway covering Blantyre, Ntcheu and Chikwawa.

Lloyd M’bwanahttps://www.maravipost.com
I'm a Lilongwe University of Agriculture and Natural Resource (LUANAR)'s Environmental Science graduate (Malawi) and UK's ICM Journalism and Media studies scholar. I have been The Malawi Country Manager and duty editor for the Maravi Post for the past Three Years. My duty editor’s job is to ensure that the news is covered properly, that it is delivered on time, and that it is created to the standards set out in the editorial guidelines of the Maravi Post. I also decide most of what the user will or will not see. And those users will be clicking on the website expecting to see what their trusted news. Organisation has to say on an issue. I started as a senior Reporter with the Maravi Post over a 6 years ago. When I have time, I do field reporting as well.
RELATED ARTICLES
Politics