HomeLifestyleNonbelievers and Freedom of Religion or Belief in Nigeria
LifestyleReligion 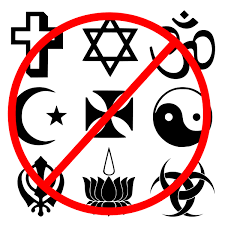 If Nigerian parliamentarians were to organize an event on freedom of religion or belief by, religious nonbelievers would not be invited or consulted. This is not because the nonreligious community does not exist. In Nigeria, nonbelievers are treated as social outcasts. In some parts of the country, they consider nonbelievers criminals who should be locked up, jailed, or executed for their nonbelief in god. People of no faith would not participate in the deliberation and exploration of this fundamental right because persons with no religion are considered undeserving of equal humanity and human rights.

Persons from no faith traditions are deemed inconsequential in the political scheme of things. Those who govern Nigeria, especially in the northern part of the country consider their religion, their sharia law, superior to the constitution. Humanists and atheists are treated as undesirables, as second-class citizens who, unlike their Christian and Muslim counterparts should be seen and not heard. Put simply, the lives, rights, interests, voices, and perspectives of humanists, atheists, and other nonbelievers do not matter to state actors and managers.

This situation applies because religious believers are socialized in their churches, mosques and other places of worship to detest unbelief and nonbelievers, and to treat non believers with indignity and disrespect. Freedom of religion or belief is grossly misunderstood and misinterpreted as demonstrated in a recent Supreme Court declaration recognizing only the rights of Muslim females to wear a religious veil as part of the official and school uniform. Freedom of religion or belief is understood as warranting profession of faith, the privilege of religion, in this case, Islam in northern Nigeria and Christianity in southern Nigeria. Every other thing in between, religious or irreligious is suppressed, demonized, discounted, and subordinated to the dictates of these imperialistic religions.

Belief, not disbelief or nonbelief in the prophetic icons of Christianity and Islam are cast and bounded by red lines, which no one dares cross, lines heavily policed by blood-thirsty clerics, state and nonstate Boko Haramic, and Hisbah-styled Mujahideens.

It is pertinent to note that those who derided, and denounced African traditional religious beliefs and nonbelief formations and prophetic icons as fetish and idolatrous introduced Christianity and Islam to Nigeria. Having gained prominence and dominance after centuries of symbolic, structural, and physical assault on other religious and nonreligious canons, these faith groups have made a violation of their sensibilities a transgression, and in some cases a capital offense. They have stealthily legitimized and sanctified hatred, attack, and murder with impunity, political exclusion, oppression, subjugation and persecution of real or imagined nonbelievers.

Political Islamists and their Christian counterparts have institutionalized tyranny and contempt for constitutional and human liberties in places where these religious adherents are in the majority. They have weaponized blasphemy law and apostasy to gag, silent and neutralize criticism of religion, denying humanists, atheists and skeptics their humanity, freedom of thought, and expression, and other liberties that religious believers enjoy. It can rightly be said that the tree of religion in Nigeria is watered by the stifle and suffocation of non theism, irreligion and freethought.

If you are in doubt about the precarious picture of humanism and atheism in Nigeria that I have painted, take a look at the case of Mubarak Bala. Look at Bala who renounced Islam in 2014, and in response, the family took him to a state mental hospital. Look at Mubarak Bala, who was sedated and given medications to cure him of apostasy and unbelief. Is apostasy a disease? Is apostasy not an exercise in freedom of religion or belief? Is it not in a country that officially disdains freedom of conscience that people who renounce their faith in a god could be treated this way?

Bala managed to escape from his captors and abusers but it was for a short time. Jihadists were unpleased and unappeased when he regained his freedom. They censored and policed him online and offline, looking for any infraction or a violation of their religious sensibilities that they could use to indict or silence him.

On April 28, 2020, freedom of religion or belief suffered a heavy blow in Nigeria. The police arrested Mubarak Bala in Kaduna. Later, they whisked him to Kano, where he was held incommunicado for several months. What was his alleged offense? Some Islamist lawyers complained that Bala made some posts on Facebook that insulted the prophet of Islam, that he called their prophet a terrorist, and described the religion of Islam in disparaging terms. Since Bala’s arrest, humanists and atheists in Northern Nigeria have been in hiding and living in fear of their lives. Muslim militants have been harassing them online and offline, threatening to arrest, attack, or kill anyone who makes any comment or post that is critical of Islam or its prophet.

Blasphemy is a right not a crime because all religious claims are blasphemous to other religions. No government can claim to uphold the right to freedom of religion or belief without protecting the rights of individuals to blaspheme. No society can claim to be free if its members cannot say what they think about any religion or philosophy without fear of being arrested, prosecuted or killed. Freedom of religion or belief makes no sense if the right to change one’s belief, or to dissent from religious ideas is not guaranteed.

Human rights are grounded on the principle of equality of all human beings, equality of believers and nonbelievers. If Muslim believers have the right to say what they think about their religion, other religions and philosophies, about their prophet, other prophets and philosophers, nonbelievers including atheists and humanists have the right to express their thoughts and ideas about Islam and its prophet. Anything short of this is tyranny and is incompatible with freedom of religion or belief for all. So humanists are not asking for a special right. Humanists are demanding their equal human rights.

In the case of Mubarak Bala, the systemic contempt for religious and irreligious liberties in Nigeria had its way. Bala’s innocuous posts were adjudged blasphemous and an offence against the state. And in total disregard for his human and constitutional rights, Bala was convicted and sentenced to 24 years in jail. That was after almost two years of arbitrary detention, torment and abuse.

Leo Igwe is a board member of Humanists International, UK