Twenty years after Le Joola ferry sank, the Senegalese town where half of the nearly 1,900 dead lived will on Monday hold commemorations for a “wound that never heals”.

When news spread that the vessel had capsized on the night of September 26, 2002, no one in the southern city could believe it.

“It was unthinkable,” said Nouha Cisse, who was head teacher at a secondary school in Ziguinchor that lost 150 pupils to the tragedy.

Le Joola sailed into a storm off the coast of The Gambia on the way from Ziguinchor to the capital Dakar.

The ferry played a major role in the town in the isolated Casamance enclave, providing a lifeline to Dakar and transporting agricultural produce as well as tourists.

The Casamance, almost separated from the rest of Senegal by the tiny state of The Gambia, had since 1982 been wracked by a separatist rebellion. September 2002 saw a surge in attacks.

On September 26, more than 1,928 people officially crowded onto the ferry, which had a capacity of 536 passengers.

Victims’ associations say more than 2,000 passengers from more than a dozen countries died, and only 65 survived.

With crowds gathering at the port the morning after, the prime minister announced Le Joola had capsized.

“After that, it was unbearable in Ziguinchor,” recalled Ibrahima Gassama, a journalist who covered the disaster for Sud FM radio.

“No one could console anyone. The gendarmes cordoned off the area because some people were threatening to throw themselves into the sea.

“They had lost everything,” Gassama said.

“It really was a catastrophe,” said 65-year-old Khadidiatou Diop, who lost her mother.

“In this house one person died, in that house another death, across the road one dead. It was like that all over Ziguinchor.”

For Gassama, “It’s a wound that never heals.

“I don’t think it ever can because the subsequent behaviour over the handling of the catastrophe was a second shipwreck.”

He noted the rescue effort that only happened the next day and the official “lies”, denying the high death toll.

The causes of the incident have never been fully established, despite a Senegalese government inquiry and a French probe launched because of the deaths of 18 French citizens.

Engine failure, a navigational error, bad weather, poor maintenance and overcrowding — or a combination — were likely to blame.

Senegal closed the case in 2003 after concluding an investigation that blamed the captain, lost in the catastrophe.

French courts also dismissed a years-long probe, which found evidence against seven Senegalese officials, concluding that Paris did not have jurisdiction.

Senegalese and French victims’ associations want the raising of the wreck of Le Joola, which sunk to a depth of some 20 metres (60 feet) and is thought to hold many bodies.

They also want a memorial erected. One was promised five years ago but the site is still nowhere near ready in Ziguinchor in time for Monday’s anniversary.

In the town on the banks of the Casamance river, as at every anniversary of the sinking, “everyone will gather to pray together”, noted Diop.

“But for those of us affected by this, it’s the same every day. From 2002 till today, there has not been a day when I haven’t thought about the boat,” she said. 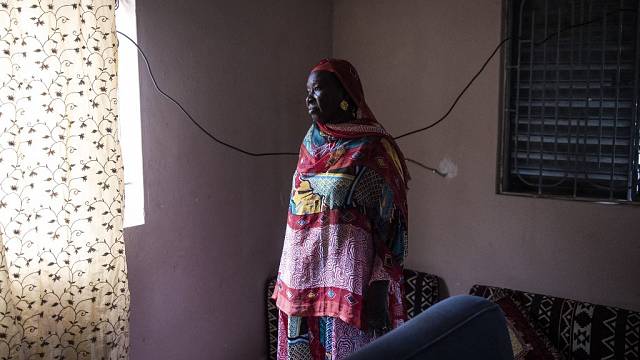