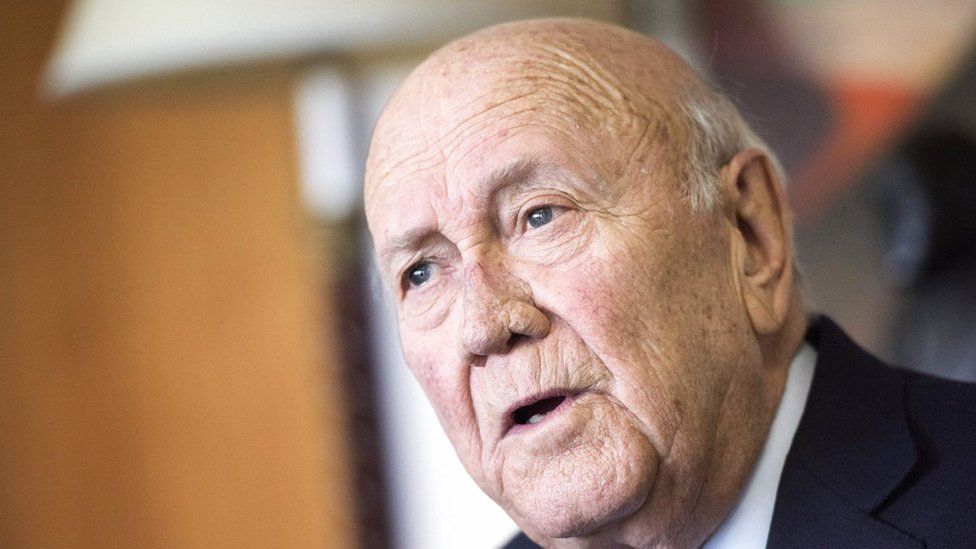 Former President of South Africa and the last white person to lead the country, FW de Klerk has died at the age of 85.

Mr de Klerk, who was also a key figure in the nation’s transition to democracy, had been diagnosed with cancer this year.

In 1990 he announced he was releasing anti-apartheid leader Nelson Mandela, leading to multi-party polls in 1994.


The foundation had announced the diagnosis – a cancer that affects the lining of the lungs – in June this year.

FW de Klerk had taken over from PW Botha as the head of the National Party in February 1989 and the following year announced he was removing the ban on parties that included Mr Mandela’s African National Congress (ANC).

His actions helped bring an end to apartheid-era South Africa, and he became one of the country’s two deputy presidents after the multi-party elections in 1994 that saw Mr Mandela become president.

Like it? Share it!
Approbation and Reprobation Hamper Advocacy Against Witch Persecution in Africa < Previous
The legacy of the late FW de Klerk, South Africa’s last white president Next >
Latest News From Malawi
Headlines From: The Maravi Post