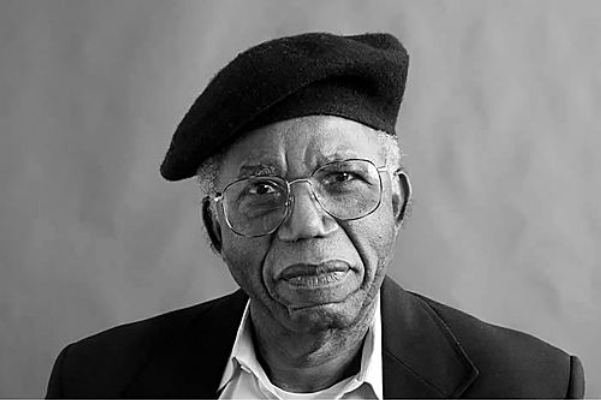 
There are countless skilled and talented African writers. This list of 6 African contemporary writers includes some of the best authors in the world of literature.

The work these writers publish is always inspiring and refreshing. These writers have shown that they have been able to overcome all of their hardships, and are now speaking out for others who are currently struggling.

This list wouldn’t be complete without Chinua Achebe. He is one of the most respected writers of all time. Chinua was born in Nigeria, and has been a huge influence in African writing. His first success was his novel, Things Fall Apart (1958).

The novel is about colonial rule and how it interfered with cultural practices. Chinua calls out writers who have been racist in their work, and is a strong leader in the African writing community.

Once she released her novel The Devil That Danced on Water in 2003, her work became noticed. Her novel was about her family’s experience in Sierra Leone. They had to suffer through war and tension, and the state of Sierra Leone was the cause of her fathers passing. After The Devil That Danced on Water became a success, Animatta has written many other well received novels.

Petina shares her stories through her novels. She is an extraordinary author, and her first book was a collection of her life experiences; the book was called An Elegy for Easterly and was published in 2009. She was born in Copperbelt Province Zambia, but was in raised in Zimbabwe.

In An Elegy for Easterly, Patina shared her perspective on the societal and political chaos that had taken place in Zimbabwe. Her first official novel is called, The Book of Memory. She is an award winning author, and is a strong voice who represents fellow Zimbabwe locals through her writing.

Zakes doesn’t focus on novels alone. He publishes novels, poems, and plays. His most notorious work is his novel known as, The Heart of Redness. The novel is about current and past events in South Africa. Zakes prioritizes using his culture to drive his work, and wants to represent South African history.

Zakes is from South Africa, but eventually emigrated to the United States. He shares his childhood stories in his work, including his exile to Lesotho when he was only 15 years old. “Zakes biggest goal with his writing is to make it relatable to as many readers as possible. He strives to humanize the events he mentions in his work, motivated to help those reading his work to empathize with the stories,” clarifies Greg Morrison, book blogger at Ukservicesreviews and Studydemic.

Oyinkan is a more recently recognized contemporary writer. Her first novel, My Sister, The Serial killer was published in 2019. The plot of the novel is about the protagonist named Korede, and how she fears her sister will steal her love interest and potentially kill him.

In 2019, Oyinkan won the LA Times Best Crime Thriller award. She grew up in both Nigeria and England, and is a phenomenal contemporary writer. She has received high praise from publications like New York Times and has won other awards.

This African contemporary writer is a huge female voice in the contemporary writing scene. Mariama often writes about gender inequality, and is trying to help women get more rights in Africa. Throughout her life, Mariama has suffered due to sexist societal values.

She had to raise her 9 children alone because of conflict between her closed minded family. She fought to get the opportunity to be educated and express her interest in writing. Within her novel, So Long A Letter, Mariama shared her feelings about discriminatory strucutres.

“Marimas’ ability to overcome her home life, and achieve her dreams alone shows how strong she is. Her bravery translates through her writing, making her a huge inspiration for fellow women who are in similar situtaions, shares Daphne Schnieder, journalist at Simplegrad and Top essay writing services.

The Importance of Contemporary African Writers

There is a huge need for strong, empowering, authentic voices in the writing community. In order for outsiders to understand and connect with African writers in modern writing, authors like these need to represent their opinions and culture. It’s also important that we grow to accept all types of writers because all authors and creators are valid and important.

High praise for Clegg at the launch of “My Media Journey”