You are here: Home » Lifestyle » Thousands of Tunisians protest against President Saied 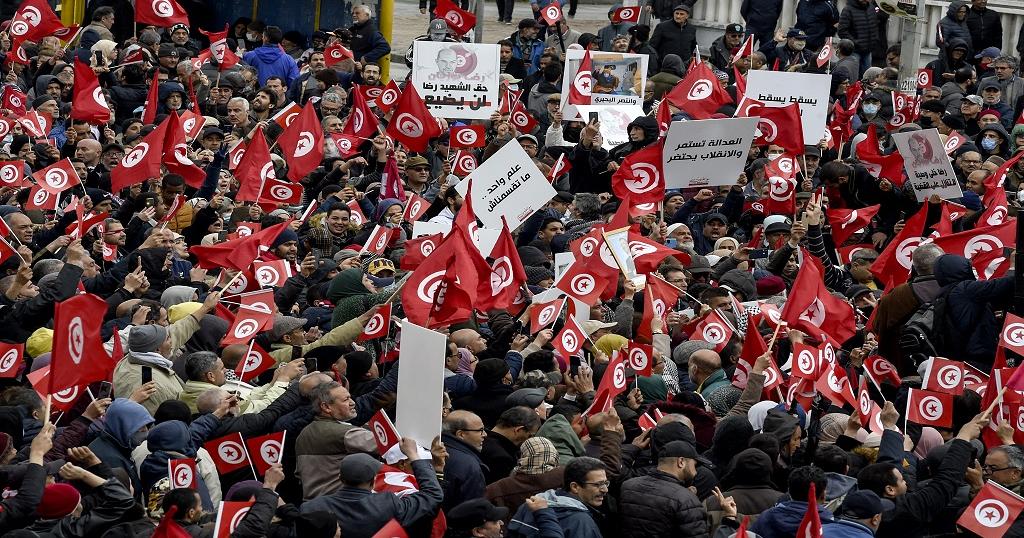 Thousands of Tunisians rallied in the capital Sunday, the country’s independence day, to protest against President Kais Saied and consultations over constitutional reforms proposed by him.

Protesters shouted “the people want to overthrow the president” and “no to consultations”, according to AFP reporters.

The demonstration was organised by the Islamist-inspired Ennahdha party and a movement named “Citizens Against the Coup”.

It is the latest in a series of demonstrations in the North African country since Saied seized a host of powers after dismissing the government and freezing parliament on July 25.

Critics have dubbed the move a “coup” and rights groups have warned that the country — seen as the only democracy to emerge from the Arab Spring protests — is sliding towards autocracy.

Demonstrators marched on parliament in the Bardo neighbourhood of Tunis Sunday, many waving national flags, but a large police deployment blocked their path.

“We will not accept the results of the consultation, this farce against the people,” Samira Chaouachi, the vice president in the frozen parliament, told the crowd.

Sunday marked the final day of an online poll launched by Saied in January in a process to help rewrite the country’s constitution, with the results set to be presented to a committee of experts.

So far only 508,000 people – about seven percent of the seven million eligible voters, have taken part, according to official statistics.

A referendum on the constitutional reforms, which Saied hopes will bolster his authority, is scheduled for July, exactly a year after his power grab, with parliamentary elections scheduled for December.

Saied had written off the low turnout to “technical obstacles” and “attempts by the old system to abort this experiment” — in an apparent reference to his arch-rivals Ennahdha.

Demonstrators also called for the release of the former head of the bar association, Abderrazek Kilani, arrested in early March on the orders of a military court on charges of “disturbing public order with the intent to obstruct the application of the law”.

Kilani is a member of the defence committee for former justice minister and senior Ennahdha figure Noureddine Bhiri, who has been under house arrest since December. 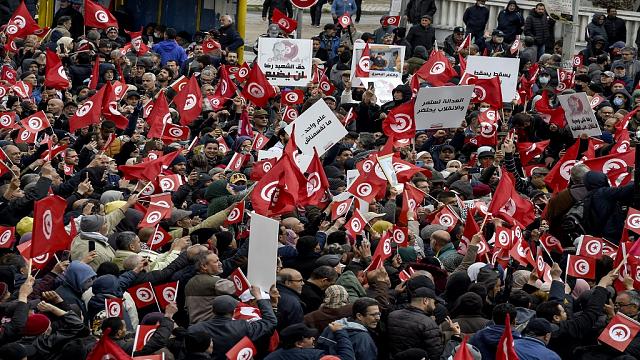 Like it? Share it!
Harkis commemorate 60 years after Evian agreement with Algeria < Previous
#Russia-Ukraine war: 847 civilians killed, 6.5 million displaced in 25 days Next >
Latest News From Malawi
Headlines From: The Maravi Post