You are here: Home » Malawi » Three arrested for possessing medical drugs and equipments 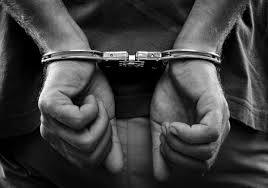 As government and other stakeholders are working tirelessly to provide medical drugs in hospitals across the country, Mulanje Police on Thursday arrested three people for illegally possessing medical equipment.

According to Mulanje Police Public Relations Officer, Gresham Ngwira, the three; Felix Madeya, 32, and his wife Mary Binesi Madeya, 27, and Ernest Kalunga, 38, were arrested after being tipped by the public that they were keeping medical drugs in their house.

“The couple was arrested at Milonde following a tip-off from a well wisher that the two were keeping medical drugs and offering medical services in their house.

“The other suspect, Kalunga, was arrested after he was found selling the drugs in his hawker at Makupiza,” said Ngwira
Ngwira said police carried out a search in the couple’s house where they seized over 27 different kinds of drugs including ARVs, LA, Piriton, Amoxyline and Panado among others.

“Apart from the medical drugs, the two were also found with bandages and syringes,” added Ngwira.
According to Ngwira, Kalunga will soon appear before court to answer charges of selling medicinal products without a license while the couple will answer a charge of unlawfully conducting retail pharmacy business contravening sections 45 (1a) and 45 (2a) of the Pharmacy, Medicines and Poisons Act.

The couple hails from Group Village Head Mabuka while Kalunga hails from Makupiza Village all in the area of Traditional Authority (T/A) Mabuka in Mulanje.

Meanwhile, the police are encouraging the general public to continue reporting to police anyone suspected to be selling medical drugs illegally.

Like it? Share it!
Nkhata Bay man gets 13 years in jail for defilement < Previous
Trump is deleting climate change, one site at a time Next >
Latest News From Malawi
Headlines From: The Maravi Post