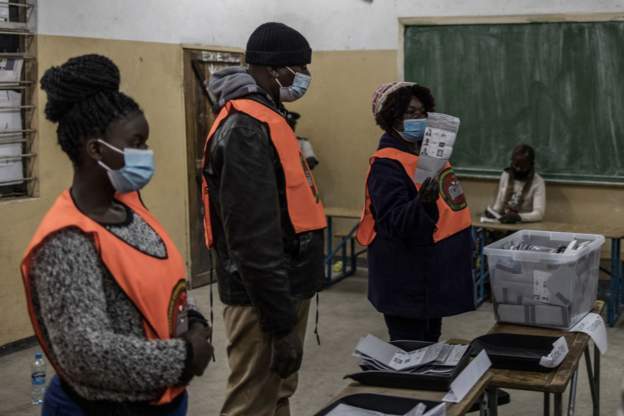 
Vote counting is underway in Zambia following the general elections in the southern African nation on Thursday.

Millions of people voted in what is seen as a hotly contested general and presidential elections.

Reports say several hundreds of people were in long queues to cast their ballot with some voters complaining about the slow pace of the process.

President Edgar Lungu had deployed more troops in parts of the country to quell election violence.

Lungu said election-day violence had killed two people, including the chairman of his party in North-Western province.

In a statement, he said he had directed the army commander “to quickly re-enforce security in North-Western, some parts of Western, and Southern provinces where this unprecedented violence is taking place”.

President Lungu voted early on Thursday in the Chawama township in Lusaka, accompanied by his wife.

He told reporters shortly after “We are winning, otherwise I wouldn’t have been in the race if we were not winning.”

In the presidential election, incumbent President, Edgar Lungu is seeking a second term with the strongest challenge coming from Hakainde Hichilema from Zambia’s main opposition party.


The Zambian election commission has said that results are expected within 72 hours.

Zambia’s predominantly young electorate will be key in deciding who wins as they push for improvements to the economic situation and better job opportunities.

The country became Africa’s first country during the coronavirus pandemic to default on its sovereign debt.

Cannabis production as source of revenue for pandemic-stricken countries

Like it? Share it!
Five things the past 20 years can teach us about our future work lives < Previous
Malawi civil rights activist Sylvester Namiwa, ten others granted bail Next >
Recommended stories you may like: