You are here: Home » Regional » Why the UK signed a migration agreement with Nigeria

Why the UK signed a migration agreement with Nigeria 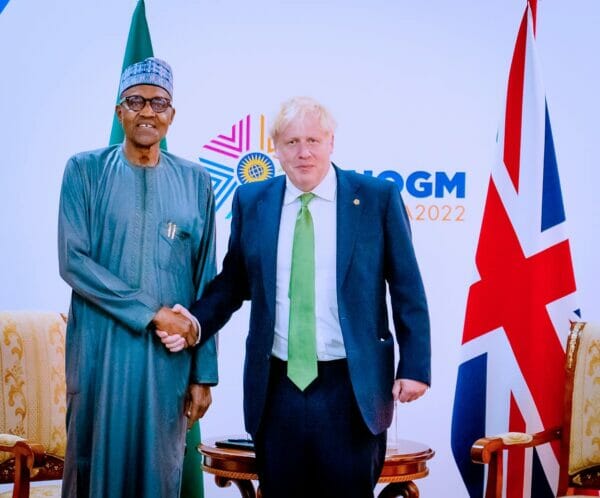 The United Kingdom has announced a deal with Nigeria on migration which involves tackling illegal migration.

According to the UK’s Home Secretary Priti Patel made the announcement on Twitter on Thursday hours after her country deported at least 10 Nigerians for alleged immigration-related offences.

The group deported to Lagos airport were then taken away to a facility not allowed contact with the public or journalists at the airport.

Priti Patel gave reasons why the UK signed this new deal with Nigeria saying the “landmark agreement with Nigeria will increase the deportation of dangerous foreign criminals”.

She further explained that the move will also “take the fight to the criminal people smugglers together to tackle illegal migration.”

🇬🇧✍🏽🇳🇬 Our new landmark agreement with Nigeria will increase the deportation of dangerous foreign criminals to make our streets & country safer.

And take the fight to the criminal people smugglers together to tackle illegal migration.


Last month, the European Court of Human Rights (ECtHR) cancelled the first flight due to take asylum seekers from the UK to Rwanda.

The Ugandan government rejected the international criticism of its plan to receive the asylum seekers from the UK.

A government spokesperson Yolande Makolo has described such criticisms as “insulting”, asking such critics to travel to the eastern Africa country to see the progress it had made.

The first flight was expected to fly out up to seven people to the east African country.

The UK government insists its efforts at fighting illegal migration will achieve results.

Today we removed 21 people with no right to be in the UK, including those with combined sentences of more than 64 years, for crimes such as rape & sexual offences against children.

We’re committed to ending the abuse of our asylum system & removing those with no right to remain. pic.twitter.com/c0KeRyJkvo

Over 40,000 people missing in Africa due to conflict and migration

Like it? Share it!
Ghana goes back to the IMF for support amid economic distress < Previous
In Tanzania, a special training center provides a second chance for out-of-school youth Next >
Latest News From Malawi
Headlines From: The Maravi Post