The Bank President invited the Governors and the NSIA head to discuss what will be the rapid rollout of the first phase of the Bank’s Special Agro-Industrial Processing Zones (SAPZ) program in their states.

The African Development Bank set up the flagship SAPZ program to support inclusive and sustainable agro-industrial development in countries across the continent.

In Nigeria, the program will soon get underway in seven states. As Dr Adesina put it “the special agro-industrial processing zones will be game changers for agriculture in Nigeria. They will provide world class infrastructure to support food agribusinesses to locate close to zones of production, develop competitive value chains supported by logistic systems that will drive food processing and value addition. The SAPZs will help create massive wealth and jobs in rural areas and turn rural areas away from being zones of economic misery to zones of economic prosperity,“said Adesina.

Governors Dapo Abiodun of Ogun state, Seyi Makinde of Oyo State, Nasir Ahmad El-Rufai of Kaduna State and Hope Uzodinma of Imo State joined NSIA managing director Uche Orji and Adesina for an in-depth discussion of how the program will help realize development and add economic value in the states.

The discussion underscored the important underlying role of the Nigeria Sovereign Investment Authority as an honest broker of the program, as well as the commitment of all the governors to it. A communique signed by all parties affirmed all parties’ joint commitment and acknowledgement that the SAPZ program was one that would be used to transform agriculture quickly and at scale across Nigeria. Also attending the meeting by video link from the Nigerian capital, Abuja, was the country’s minister for Agriculture Dr. Mohammad Mahmood Abubakar.

The African Development Bank president invited Arise IIP, a company that specializes in setting up industrial zones, to make a presentation on its experience establishing these zones in different countries in the region – including in Benin Republic, Togo and Gabon. Meeting participants heard how agro-industrial zones in these countries had been instrumental in bolstering growth in the processing of timber, cotton and cashew nuts.

Adesina reiterated the African Development Bank’s commitment to Nigerian agriculture, which he said had the potential to be a powerhouse in food provision. Last December, the Bank’s board of directors approved a $160-million loan to get the program underway in seven Nigerian states and Nigeria’s Federal Capital Territory.

Additional co-financing for the first phase of the program will come from the International Fund for Agricultural Development and the Islamic Development Bank in the amount of $150 million. The Nigerian government will provide roughly $18.05 million toward the program’s rollout and implementation.

Expressing great enthusiasm for the SAPZ program and enjoining his peers to take advantage of its value for development growth, Governor El-Rufai of Kaduna State said: “We are committed to the SAPZ program, all of us as governors, and I speak also on behalf of the President of Nigeria.”

Governor Abiodun of Ogun State said: “This promises to be a very successful and transformational initiative, for Ogun State and for the country.  This initiative is an important step toward reducing unemployment, a challenge that we face in Ogun State with the growing number of educated young people that are completing their studies with no jobs. There is a nexus between unemployment and insecurity.”

Governors Makinde and Uzodinma of Oyo and Imo states, respectively, similarly emphasized how the program would shore up agricultural development in their states, each, like their peers, extolling the many pluses of their states as investment hubs.

NSIA managing director Uche Orji stressed that agriculture was a key focus area of his agency. He said: “The NSIA pledges to work with governors to ensure that procurement is done professionally and on time.” He said the National Sovereign Investment Authority, owned 52% by states, and 48% by federal government, would play a key role in the rollout of the program.

So far, the Special Agro-industrial Processing Zones project has already attracted significant interest from private sector food and agro businesses in Nigeria. Investments of at least $1 billion are expected in these zones by the private sector.

Adesina commended the governors for the enthusiastic manner in which they had embraced the program, enjoined them to continue to be the brilliant chief marketing officers for their states that they are, and to share their ideas about how to attract private sector investment.

He also urged the Nigeria Sovereign Authority to develop a roadmap for the governors to follow in rolling out the initiative.  “I want this to work at scale in Nigeria. We need to standardize and avoid being bureaucratic,” he said.

NSIA Managing Director Uche Orji signed a letter of intent committing the agency to provide strategic assistance in procuring transaction advisory firms and other companies to implement world class infrastructure in the hubs.

A meeting communique also committed the NSIA to revert with a draft framework within one week for the state governors as well as to the holding of monthly progress meetings between the Governors and the President of the African Development Bank and relevant Ministries, to fast-track implementation. The success of the SAPZ program in Nigeria is expected to have continentwide impact. The African Development Bank has committed over $750 million to the goal of setting up 23 agro-industrial hubs across 11 African countries. The push, part of the Bank’s Feed Africa priority, will follow a government-enabled, private sector driven approach to drive agribusiness. The sector is widely seen as one where Africa has both a comparative advantage and, given its arable land, scope to develop exponentially.

President Muhammadu Buhari is expected to preside over a ceremony in Nigeria in February to officially launch the first phase of the SAPZ program in the country. The presidents of the African Development Bank, the Islamic Development Bank and the International Fund for Agricultural Development, and various investors are also expected to be present.

“Today is a very unique day for Nigeria at the African Development Bank,” Adesina said. “I must express how proud I am of the federal government, the executive governors, the ministries, and government agencies, for how this has all come together,” he concluded. 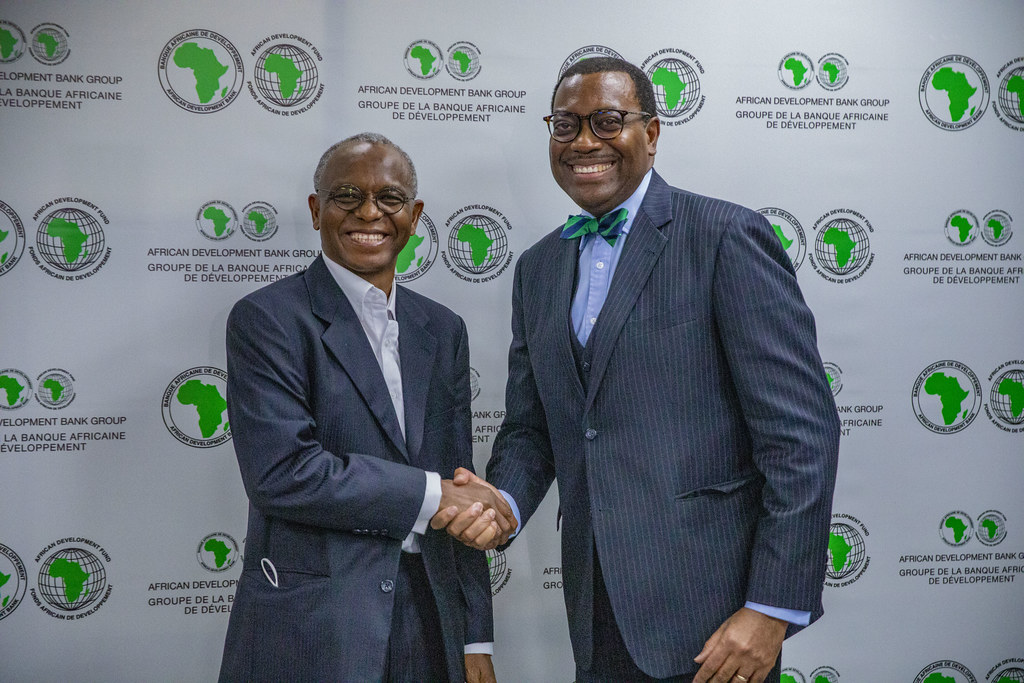 Like it? Share it!
Rule Changes for the Prem < Previous
He Taught Us How To Teach By Learning (For Ayo Bamgbose at 90) By Niyi Osundare Next >
Latest News from Maravi Post
Recent Posts: The Maravi Post