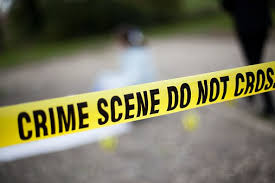 An unidentified suspected criminal was on Friday, fatally shot by one of security guards of the Blantyre Water Board (BWB), Police confirmed.
Limbe police Deputy Spokesperson Widson Nhlane, this happened around? 12 pm? at the BWB catchment area.
“Two security guards were on patrol within the BWB catchment area and and they found five unknown and unauthorized persons allegedly taking 200mm galvanised pipes,” he said.
Nhlane said the BWB security guards confronted the suspects and one of the guards fired a shot in the air to disperse the suspected criminals after sensing danger.
Incidentally, the bullet accidentally landed on the chest of one of the suspects.
“The injured suspect was taken to Queen Elizabeth Central Hospital where he was pronounced dead upon arrival,” he added.
The other four suspects ran away and Police are hunting for them.
Nhlane said the body of the deceased is at Queen Elizabeth Hospital, where medics are finalizing postmortem formalities and identification.
The Maravi Post has over one billion views since its inception in December of 2009. Viewed in over 100 countries Follow US: Twitter @maravipost Facebook Page : maravipost Instagram: maravipost

Like it? Share it!
Statement by H.E Joyce Banda on charges of money laundering and abuse of office < Previous
Fr. Andrew Nkhata laid to rest; VP Chilima, former President Bakili Muluzi among thousands of mourners Next >
Latest News From Malawi
Headlines From: The Maravi Post