You are here: Home » Lifestyle » Egypt Discovers Over 100 Mummy-holding Coffins Buried in 320 B.C. 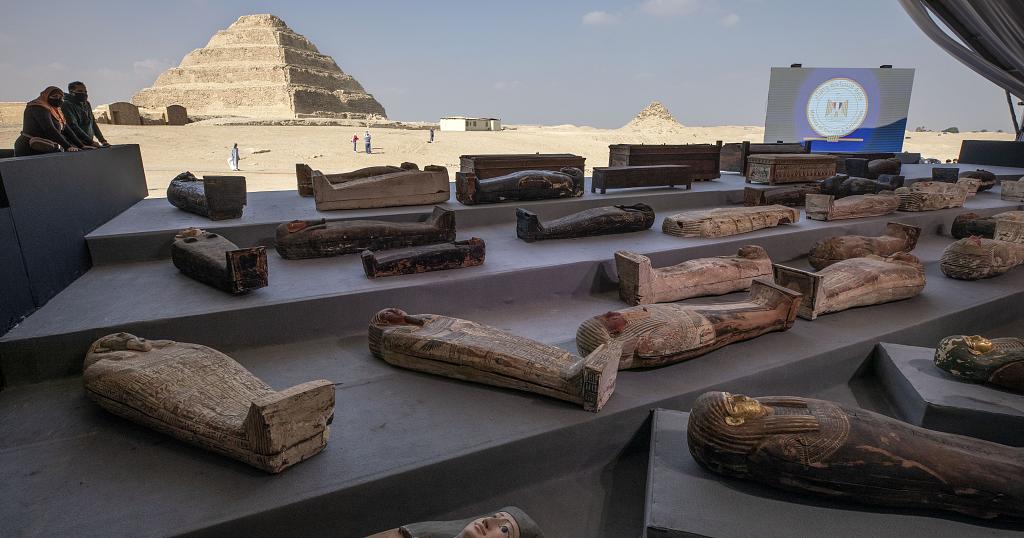 Around a hundred ancient coffins – Colorful, sealed sarcophagi and statues, were discovered in Egypt as announced on Saturday. They are believed to have been buried over 2,500 years ago and some of them even hold mummies inside.

The Tourism and Antiquities Minister Khaled el-Anany informed the public by way of a news conference that the artefacts date back the Ptolemaic dynasty that ruled Egypt for some 300 years — from around 320 B.C. to about 30 B.C., and the Late Period spanning between 664 to 332 B.C.

Dr Mostafa Waziri, the Secretary-General of Egypt’s Supreme Council of Antiquities, gives the cultural backstory to the artefacts, “Those guys because they were rich, they were elite, high-rank people, that’s why they could buy coffins gilded. they could afford it. So we have another shaft full of coffins well gilded, well painted, well decorated.”

The coffins are currently on display in a makeshift exhibit at the famed Step Pyramid of Djoser in Saqqara and will be later moved to at least three Cairo museums – including the Grand Egyptian Museum being built near the famed Giza Pyramids.

The discovery in Saqqara necropolis is the latest in a series of archaeological finds in Egypt since September as antiquities authorities have revealed over 140 sealed sarcophagi – with mummies inside most of them, in the same area of Saqqara. A site which is part of the necropolis at Egypt’s ancient capital of Memphis that includes the famed Giza Pyramids as well as smaller pyramids at Abu Sir, Dahshur and Abu Ruwaysh.

The ruins of Memphis were designated a UNESCO World Heritage site in the 1970s.

Tourism and the Pandemic

Egypt frequently touts its archaeological discoveries in hopes of seeing its vital tourism industry thrive. An industry that has suffered ever since the political crisis in 2011 – only to be hit even harder in light of the Covid-19 pandemic’s travel and sanctuary restrictions. 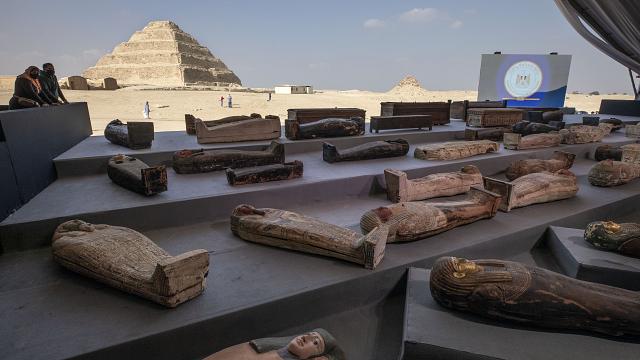 Like it? Share it!
Tigray Fires Rockets at Ethiopian Airports and Threatens Eritrea < Previous
Zimbabwe’s flamboyant socialite Ginimbi buried in luxury Versace coffin Next >
Recommended stories you may like: