You are here: Home » Regional » Global celebrities sign letter to back LGBTQ+ rights in Ghana

Global celebrities sign letter to back LGBTQ+ rights in Ghana 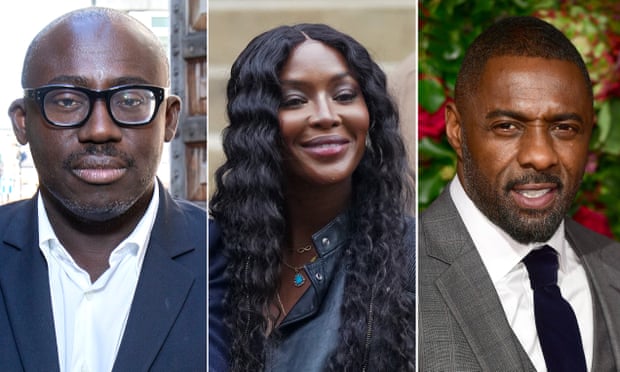 67 of such celebrities and influential figures with Ghanaian origin signed the letter in solidarity with the LGBTQ+ community amid recent uproar over gay rights activities.

In the letter published in the media, the celebrities said “In recent weeks we have watched with profound concern as you have had to question the safety of your vital work at the LGBT+ Rights Ghana Centre in Accra, and feared for your personal wellbeing and security. It is unacceptable to us that you feel unsafe.”

“As prominent and powerful advocates for this great country, we are beseeching His Excellency, The President of the Republic of Ghana, Nana Addo Dankwa Akufo-Addo and political/cultural leaders to create a pathway for allyship, protection and support.

We petition for inclusivity which will make the nation even greater and even stronger.”

To our LGBTQIA+ family


Ghana’s President Nana Akufo-Addo has publicly commented on the recent uproar over activities of LGBTQ+ persons in the country.

He was forced to comment amid anger from citizens over the opening of a meeting space for persons of such sexual orientation in the capital, Accra.

The centre for the LGBTQ+ was raided by police and shutdown last week to the delight of many Ghanaians who oppose same-sex related activities.

Ghana’s President during the weekend told a religious gathering in a town called Asante Mampong that legalizing same-sex marriage will never happen under his presidency.

He told the gathering on Saturday that “I have said it before, and let me stress it again, that it will not be under the Presidency of Nana Addo Dankwah Akufo-Addo that same-sex marriage will be legal.”

Cheered on by the gathering the President insisted that same-sex marriage “will never happen in my time as President.”

Many LGBTQ+ persons in Ghana are reportedly living in fear after the closure of their community center.

Ghana’s Constitution drafted in 1992 guarantees human rights to all persons.

The country is required by the UN, other international instruments and obligations, as well as its 1992 Constitution to protect the rights of all citizens in Ghana.

Ghana has committed to provide Equal Protection of the Law from violence and discrimination to all persons including LGBTI people under the United Nations Universal Periodic Review mechanism.

The countries laws however do not recognize same-sex unions and sexual relationships between LGBTI persons.

Like it? Share it!
Description: PIL-Logo-on-whitePIL donates Oxygen to Zomba Covid hospital < Previous
Zimbabwe’s vice president resigns after sex scandal Next >
Latest News From Malawi
Headlines From: The Maravi Post